Map of the Week - The Yard Sale Bonanza!

Our neighbors had a yard sale recently and I picked up a pile of maps for $2! Later on when they left the rest on the curb, my wife picked up another huge pile for nothing! Here are some of the spoils: 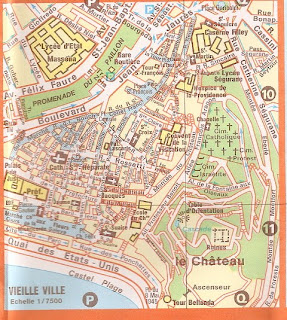 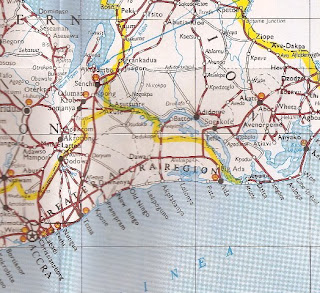 KLM/Shell map of Ghana - produced by the Survey of Ghana, Accra. 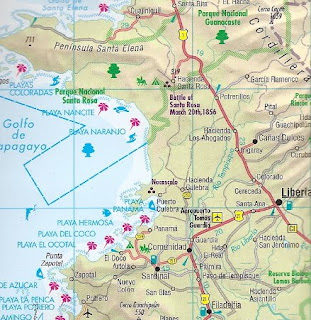 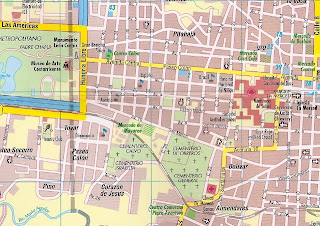 Detail of
San Jose
from the
B&B map. 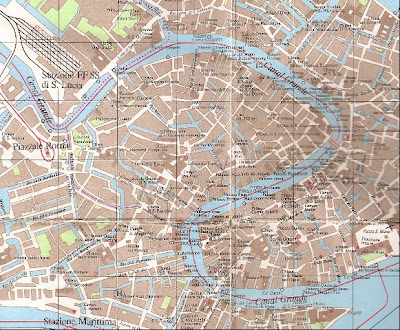 Labels: international , my self indulgent whims

Where in the World is (was) John Quincy Adams?

John Quincy Adams is on Twitter! He has over 13,000 followers! The Massachusetts Historical Society has been recounting his voyage as a diplomat to Russia 200 years ago, before he became the sixth president of the United States (1825-1829). His 200 year old diary entries are released daily as "tweets" - and you can follow his progress on google maps. He sailed from Boston to Denmark and then to St. Petersburg. As of Saturday he was just heading out into open sea. 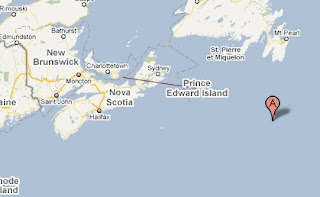 Map of the Week-Hurricane Season Again

Hurricane season is upon us again. According to a Penn State study (reported by the BBC), Atlantic hurricanes are more frequent than at any point in the last 1000 years. At the moment the Atlantic is fairly quiet. There is a tropical depression named "Two" that is losing strength - details from the National Hurricane Center. 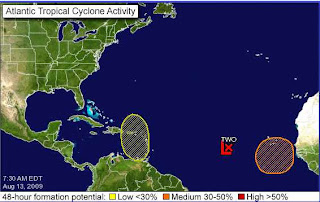 Maps from the National Climatic Data Center show where hurricanes have struck land in the Eastern United States since 1950. Unfortunately the resolution on this image is fairly low and the higher resolution version is 40 MB and will likely take your computer an hour or more to download - perhaps they want you to buy the poster? 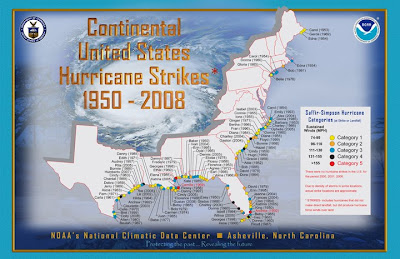 The Strapping Fieldhands were a Philadelphia based low-fi folk rock multi-instrumental band from the 1990s. They were like a weird pre-Decembrists band with a love of history, mythology and, of course, maps. They had a reputation for putting on a great live show (supposedly they stole the show when they opened for Guided by Voices) despite barely knowing how to play their instruments. Recording was not their strong point so what you often get is very good songs buried under a slushy, distorted mix.

I dug out their extended single "In the Pineys" yesterday for a long car trip. The cover features a nice map showing sightings of the New Jersey Devil. This beast stalks the Pine Barrens region of southern New Jersey (aka "the Pineys" to us urban snobs.) 100 years ago the devil returned after a long hiatus and terrorized the region. There were thousands of sightings within one week in January, 1909. With a quick web search I was able to locate the single's cover map. 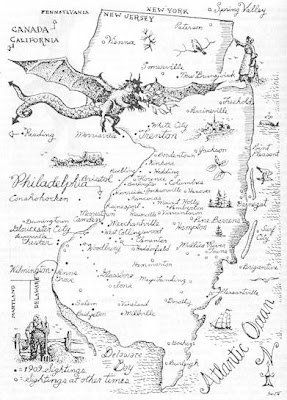 The map, credited to Rosemary Ellen Guiley has some nice details, including a drawing of the beast itself and it highlights the many 1909 sightings. It also distorts New Jersey to emphasize the southern half of the state, while squeezing Somerville and New Brunswick far to the north. The Unexplained America page that includes the map has a good history of the legend as does the Devil Hunters page.