Map of the Week-California Girls

This may be old news to some of you web surfers but I just discovered GraphJam. They have mapped and graphed many songs including "California Girls" by the Beach Boys.

There's Other Kinds of Petroleum in the Ocean Too

In addition to the oil spills in the Gulf of Mexico and China, there is lots of other petroleum floating around the oceans in the form of plastics. The "Great Pacific Garbage Patch" has made the news but there's lots of stuff floating in the Atlantic as well.

The Sea Education Association (SEA) just concluded a research expedition examining the accumulation of plastic debris in the Atlantic Ocean. With no advocates for the open ocean, SEA hopes that this excursion will raise awareness of the pollution problem.
The expedition sailed 1000 nautical miles east from Bermuda in an attempt to find the eastern end of the concentration of debris. As the map below indicates no edge was found. The ship took readings every 30 nautical miles along a jagged course through an area of converging currents .

The map could certainly be improved. Purple is a lousy choice for the top category-or is that green dot the top category? While there is no obvious pattern here, it is clear that the problem is widespread and comes from all of us. SEA is hoping we all re-evaluate our behaviors to help stop the problem from getting out of hand. The July 13th daily update eloquently states the problem and potential mitigation measures we can all take.

This map of the Pacific from NOAA shows how currents can take garbage from all over the planet and push them into these convergence zones. Note that this map is an oversimplification of ocean currents, as is the term "garbage patch"-see the link for details. 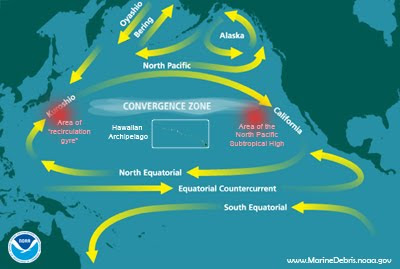 I love ethinc restaurants-especially ones with nice maps on the walls. Here are some examples taken from my iPhone:

A portion of a map of the Middle East from the Athena Restaurant in Glenside, Pennsylvania. 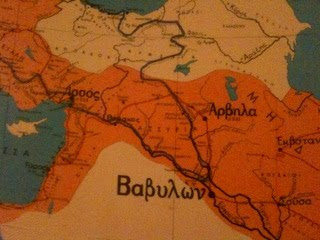 At Punjab in Arlington, Massachusetts - a map of...Punjab! 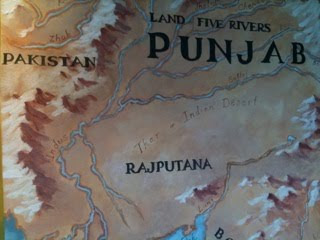 Los Paisanos, a Salvadoran place in Somerville, Mass. has this clocklike wall display showing the currency and provinces of El Salvador. 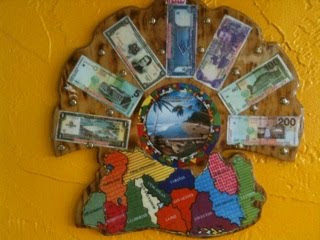 Here is a close up of the map part. 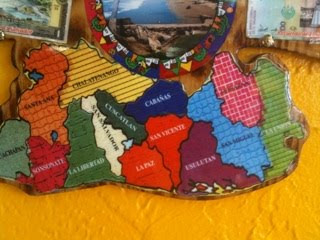 Even the napkin holder has a map of sorts. 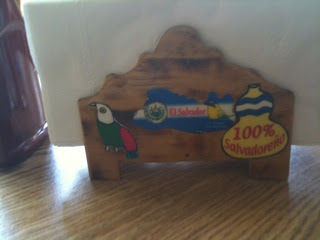 On Sunday Spain and the Netherlands will re-enact the Eighty Years' War on the field at Soccer City in Johannesburg. The game is not expected to last for 80 years though it may seem that way to non-fans. Casualties are not expected but there probably will be a couple of injuries and maybe even a fight or two.

Here is a map showing the early Dutch Republic in 1609 at the beginning of the Twelve Years' Truce when Spain recognized the breakaway republic "'as if' it were a sovereign state."* 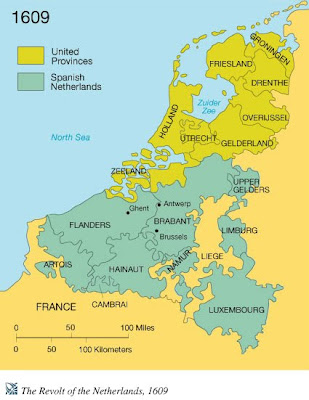 Can Spain get revenge? Will the Dutch people see their first victory in South Africa since the First Boer War? We'll find out Sunday.

* Quoted from the Wikipedia article
Posted by Dug at 7:16 AM 2 comments

Map of the Week-Worlds of Fun

These world maps have been all over the internet for years. They are often full of racism and ignorant cliches but they can also be fun. Here are some samples for your reading pleasure.

There's your standard "world according to Americans" series. 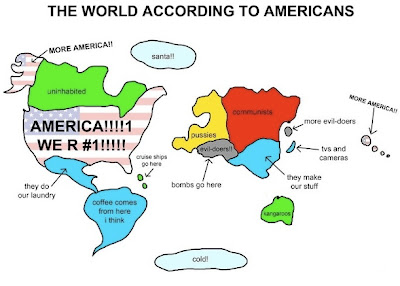 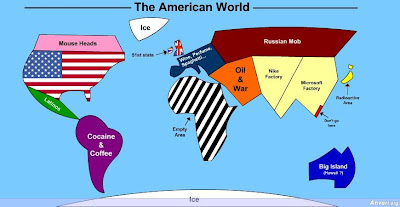 Martin from vwMaps just sent me this one - source unknown. 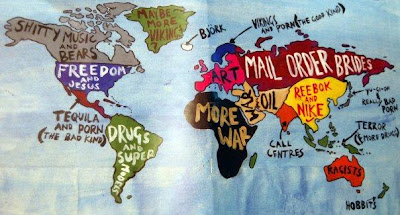 Here is a map about U.S. geographic illiteracy from a term paper writing site. The article that accompanies the map uses some remarkably bad grammar to complain about illiteracy. 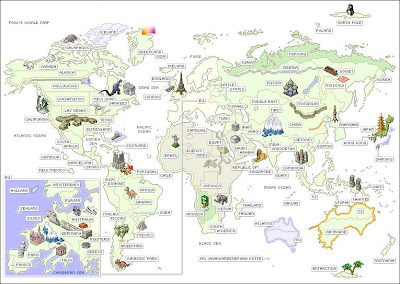 Had enough of the American perspective? How about Taiwan? 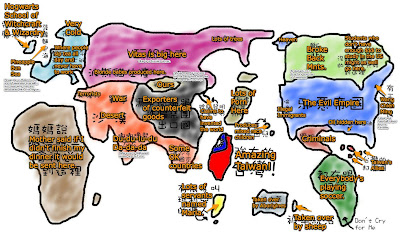 One last one: Singapore: 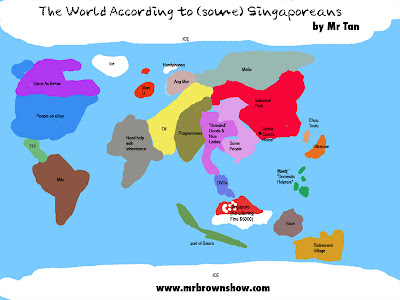 And finally, a cow's spotty world 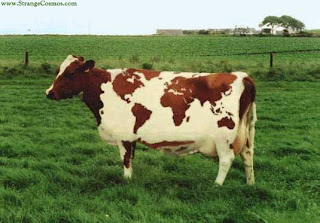