Help Montgomery County, Maryland solve a mystery. They are trying to figure out what the "P." abbreviations stand for on a Martenet & Bond 1865 map of the county. 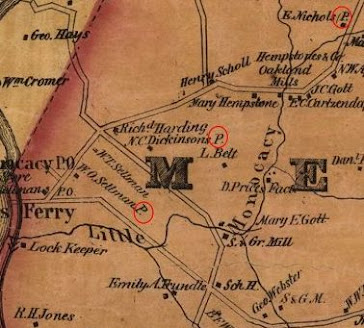 The map was produced by S.J. Martenet & Co. in Baltimore. The "P" appears next to the names of property owners. It could mean "principal", "plantation", "place", or something completely different.  The company does not know because their records were lost in the Great Baltimore Fire of 1904. Here is another example image with the "P"'s after some of the Dr. Washington Duvall lands. 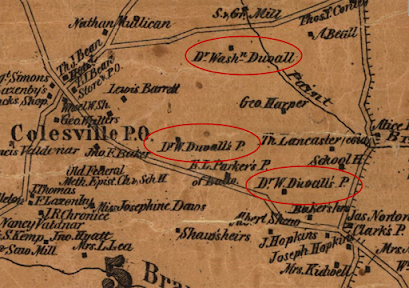 If you have any ideas you can help county historians by putting them on this Google Doc.

This post was largely stolen from the Montgomery County Planning Blog.

This pictorial map shows 56 kinds of fish. Click below for a zoomable map via the David Rumsey Map Colletcion. 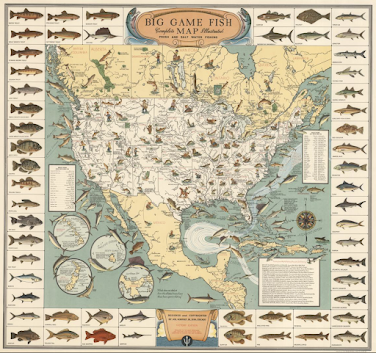 Most states have their own fish, so big that its caught from across the state. 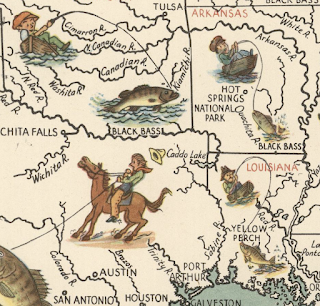 Most fishermen (no women here) are in boats but in Texas, of course, he is on a horse instead. Some other nice details include the Gulf Stream, 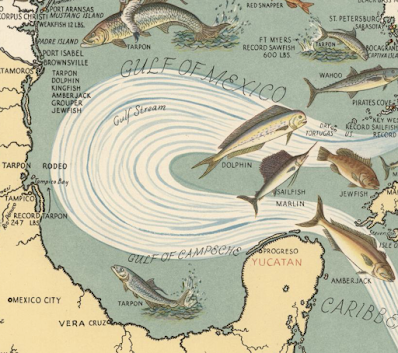 lists of fishing spots and records, 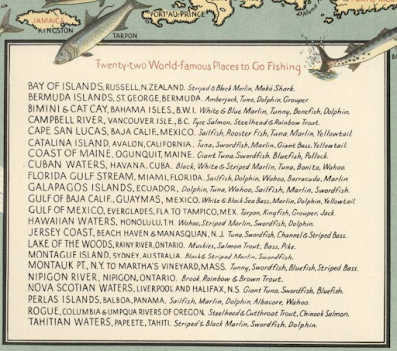 and inset maps of offshore fishing spots such as Tahiti, Hawaii and oddly New Zealand. 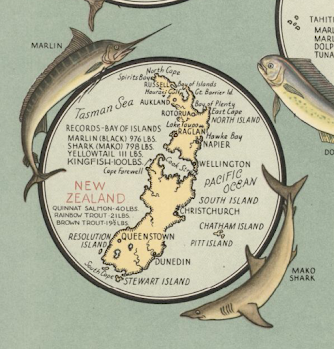 Diagrams of fish adorn the four edges of the map. 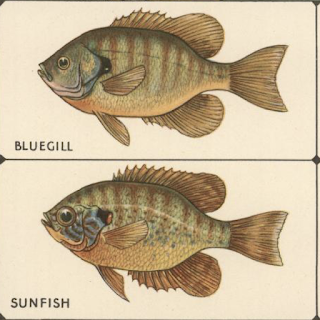 One other nice feature courtesy of the Rumsey collection is that you can look at it in the "geoferencer" and see how it overlays onto a modern web map. 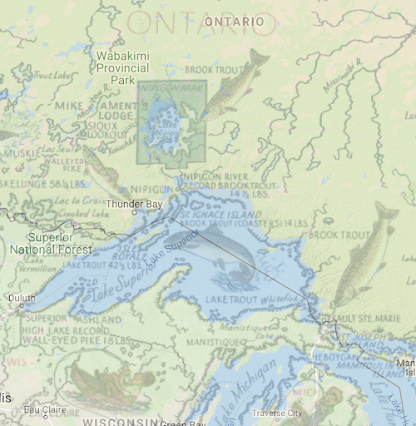 An updated and maybe sanitized version of the Hippie Trail*, the Banana Pancake Trail is a non-specific route through southeast Asia for westerners. 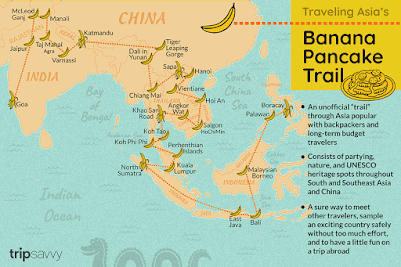 The trail is named for the pancakes served by street vendors throughout the area. Restaurants, internet cafes, guest houses and other businesses have sprung up in these areas, most with English speaking employees to cater to western travelers. Sticking to these places will likely not give you a completely authentic picture of the region but it will be close enough for those who want to stay within a certain comfort zone.

*The Hippie Trail was a beat generation route through central Asia to India. For more info see Strange Maps or see an itinerary on the Afternoon Map.