Map of the Week-Take the Long Way Home

Today is Day 90 of the Vancouver 2010 Olympic Torch Relay. It's a long way from Victoria to Vancouver. You could just take the ferry but that's no fun! This route takes 106 days and goes through every province, territory and major city in Canada. 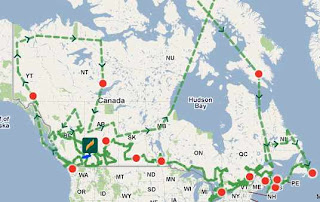 The Vancouver 2010 Olympic web site has an interactive map where you can see the route details and link to events, photos and stories. The route looks more like a child's connect the dots drawing than a map but cartographic accuracy is not their first priority. Here is today's route through British Columbia from Revelstoke to Salmon Arm and then on to Kamloops. 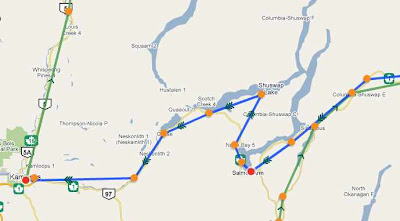 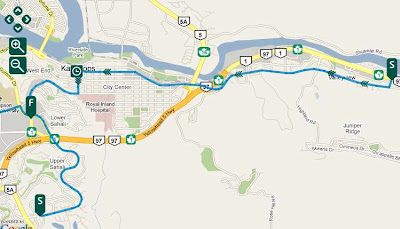 This is the first of an occasional series highlighting maps in, you know, unexpected places. I saw this map of the Underground Railroad on a U-Haul truck this morning. 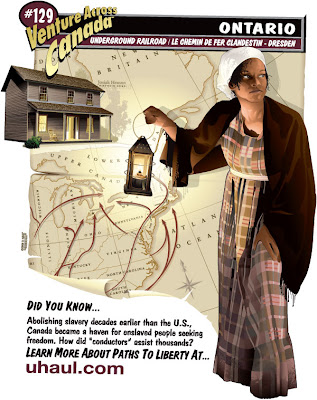 You can see all the states and Canadian provinces at U-Haul's online super graphics page. 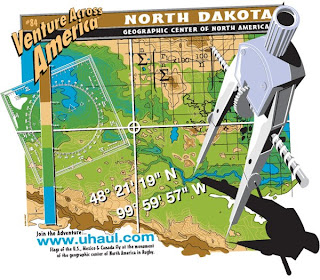 ...and one of my personal favorites, Pennsylvania. 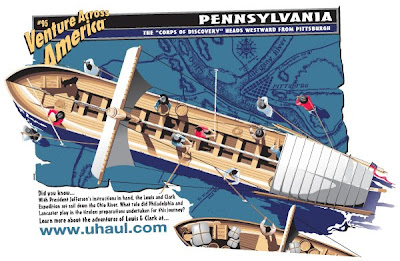 The "Did you know..." texts from these images:

North Dakota: Flags of the U.S., Mexico & Canada fly at the monument of the geographic center of North America in Rugby.

Pennsylvania: With President Jefferson's instructions in hand, the Lewis and Clark Expedition set sail down the Ohio River. What role did Philadelphia and Lancaster play in the tireless preparations undertaken for this journey?
Posted by Dug at 6:15 AM 2 comments

Map of the Week-Haiti Quake Maps

I don't like to gawk at natural disasters. However, yesterday's earthquake in Haiti is so horrific that's it's a tough one to ignore. The U. S. Geological Survey's PAGER (Prompt Assessment of Global Earthquakes for Response) has some useful maps and graphics to illustrate the severity of the situation. Here are the most recent earthquakes on PAGER with the Haiti quake detailed. 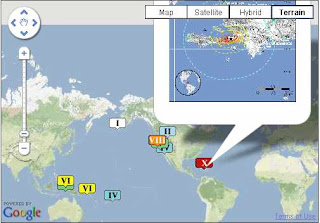 Here are some maps from the PAGER's Haiti earthquake page. First, a graph showing the color codes.

This is the "shakemap" showing the quake intensity. To the right, a list of the most affected cities using the same color codes. 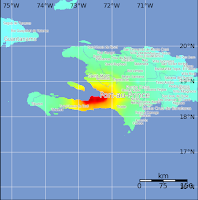 Finally, a map showing population density (in gray) with the quake intensity shown as colored isolines. 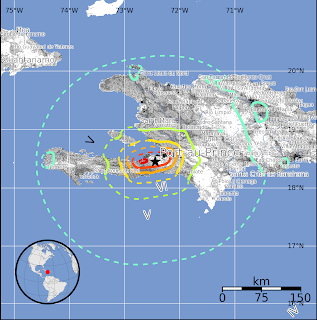 Map Changes for 2010 and beyond


Proposed Purple Line would serve the Maryland suburbs of Washington, DC.  The line would run from Bethesda to New Carrollton.

Michigan's attorney general has asked the U.S. Supreme Court to seal off the most direct routes from the Chicago River into Lake Michigan to keep Asian carp out of the Great Lakes.


Stay tuned for these and other exciting map stories as the year progresses.
Posted by Dug at 12:05 PM 4 comments