Jean Baptiste Louis Franquelin was the first official cartographer in Canada. He mapped the interior of North America in great detail in order to bolster French claims to the region. In 1684, he prepared this remarkable map recording the explorations of Jolliet and La Salle. The map is one of the first to contain many common place names, most of which started as rivers, such as Chicago (Chekagou), Illinois (both a lake and a river), Wisconsin (R. Misconsing), Kansas (Cansa), Ohio and the Wabash (Ouabache) among others. 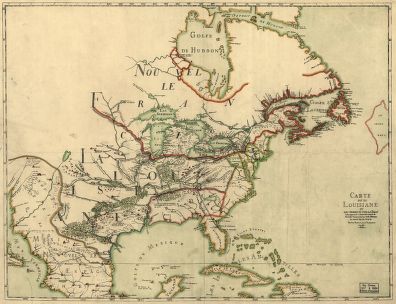 The original map has been lost. This later facsimile is available from the Library of Congress. Below is a detail showing the eastern Great Lakes, "La Pennsylvanie," "Virginie," and the Ohio River referred to as the "St. Louis" but with a tributary called Ohio. 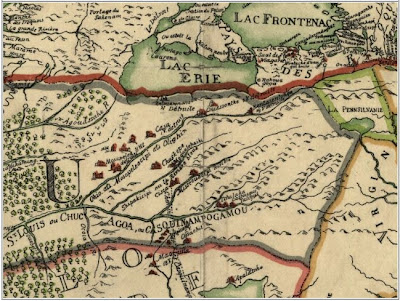 The map shows the Mississippi River flowing west into Texas before reaching the Gulf of Mexico. According to Louisiana: European Exploration and the Louisiana Purchase (see page 14) from the Geography Division of the Library of Congress, the course of the river was fraudulently altered to gain royal support for a fort at its mouth. By being closer to Mexico, the fort would have been more economically viable by serving as a staging ground for incursions into Spanish territory and attacks on the silver mines of Mexico.

From the Geography Division publication:


Having gained French support for his project, La Salle attempted to return to the Mississippi by way of the Gulf Coast in 1684-85, but his ships missed the mouth of the river and the expedition landed at Matagorda Bay, Texas. Two years of starvation and disease followed and subsequently a mutiny took his life. La Salle failed to establish a permanent colony in the lower Mississippi Valley but he did plant French claims over the vast region that eventually became the Louisiana Purchase.

Map of the Week - Wear a Helmet!

NASA's defunct Upper Atmosphere Research Satellite is expected to fall back to earth on Friday, give or take a day. They don't know where but based on the satellite's orbit they've narrowed it down to somewhere between 57 degrees north and 57 degrees south latitude, in other words somewhere between northern Canada and the southern tip of South America - where just about everyone lives. The dark areas on the map below could get hit with debris. 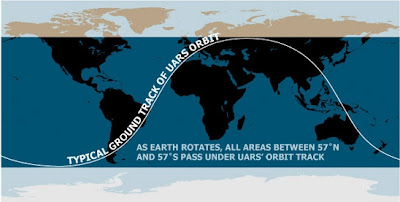 If you're in Antarctica, you have nothing to fear, except for the fact that your continent has gotten huge on this map projection. For the rest of us there's a 1 in 3,200 that someone in this zone will get hit. The U.S. Strategic Command at Vandenberg Air Force Base will provide updates as the time gets closer. In the meantime watch for falling objects. 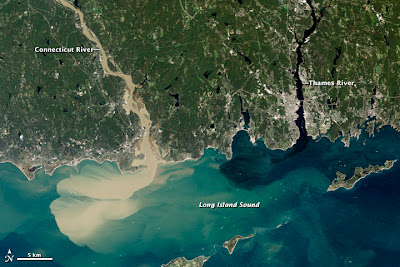 Nearly a week after Hurricane Irene drenched New England with rainfall in late August 2011, the Connecticut River was spewing muddy sediment into Long Island Sound and wrecking the region's farmland just before harvest. The Thematic Mapper on the Landsat 5 satellite acquired this true-color satellite image on September 2, 2011.


It's also interesting to see the comparison of the Connecticut with the Thames River. When I first looked at the image, I assumed that there was less sediment from the Thames because its drainage area received less rainfall but that's not the only reason:

To the east, the Thames River appears to be carrying very little sediment at all on September 2. According to O'Connell, the Thames "drains glaciated terrain, so fine sediment was removed long ago." Most of the land surface in the Thames basin is "just bedrock, till, and glacial erratics." Unlike the Connecticut, areas within the Thames watershed only received 2 to 4 inches of rain in most locations.

Map of the Week Miscellany for September, 2011

There's a lot going on this week and if I only didn't have to work I could devote more time to these posts and make them more meaningful but be careful what you wish for. Anyway here are a few interesting items I've found this week:

An Army Corps of Engineers map of the flood control structures in Wilkes Barre, Pennsylvania.

The manual this map appears in describes how the levees in Wilkes Barre and across the river in Kingston can form a bottleneck and make flooding worse for communities downstream. In 1972 these walls were too short to contain the flow from Tropical Storm Agnes and the city was flooded. The water stored from this flooding helped spare downstream places like Sunbury. Since then the levees have been raised, partially sparing Wilkes Barre from this weekend's floods (though water did get in by seeping under the levees.) 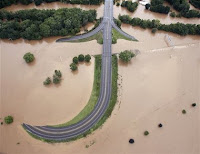 
Below is a map from the AP showing the some of the worst hit places. 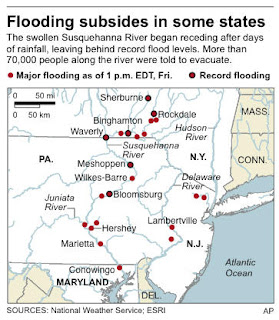 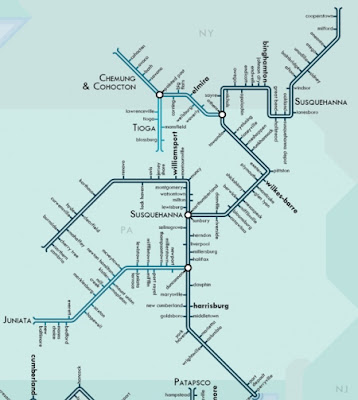 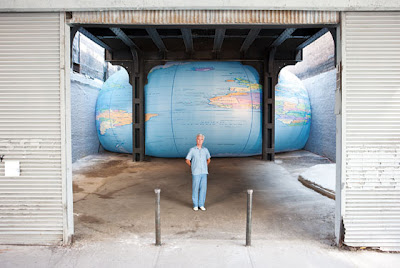 Map of the Week - About that Tropical Storm

My colleagues in Vermont are doing a great job providing timely data for disaster responders under difficult circumstances. The Vermont Center for Geographic Information's offices have been flooded for the last week and a half but they are up and running. Meanwhile the Vermont Agency of Transportation is publishing and updating this detailed map every 12-24 hours.

Here's a detail from Wardsboro, a town I've spent time in and that was until recently inaccessible. 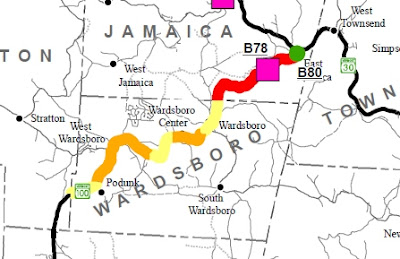 It's a big, colorful mess over there but they're still hoping to be open for the upcoming foliage season when things get really colorful.
Posted by Dug at 6:30 AM 0 comments