Bicycling on the Google Trails

I was looking at a bicycling route in eastern Pennsylvania when I discovered that Google Maps now has a bicycling option. It is available under the "Traffic" tab - click on "more" to access it.

They don't provide you with a legend but it looks like the dark green are off-road paths and trails, lighter green are bike lanes and dashed lines are proposed routes. The maps tend to be optomistic-some of these routes are impassible mudholes in the spring as I recently discovered. Other paths look like this one.

The picture above is of the circled path below. I thought it looked like an odd place for an off road path so I looked it up on street view and unless the DRPA has changed its policy then this can't legally be considered a bicycle route. Note also the continuing presence of Quebec Route 366 throughout our country.

Bicycling directions are also available by clicking the bicycle icon (the far right choice at the top.) Of course, this is also subject to google errors such as telling you to take Quebec Route 366 across western Pennsylvania.

Upon further review the driving route still appears as the first choice. You have to scroll down on these directions to see that this is not actually the suggested bicycle route. You can't ride your bike on Quebec Route 366 through Greensburg because it is a limited access highway. The bicycle route finds a way to sensibly avoid central Greensburg. However, they still direct you onto some sections of the highway that don't look very legal or safe.
Where there are bicycling trails the directions they will find them and give you a pretty good route.

It's good to see the Google giving bicycling some attention and the tools are useful, if not perfect. They also make me want to try some new routes. So get on your bike and enjoy the summer!
Posted by Dug at 8:41 AM 0 comments

Find Yourself a City to Live In

Sunshine Superboy posted this map on his awesome Black Maps blog. I'd say more but the map speaks for itself. Click to make it readable Link to original post.

Map of the Week-Recycled Africa

Anouk Zijlma is a travel writer who has lived in Africa and writes about it for About.com. She made this 4 foot high map of Africa from recycled tin cans. Her description follows: 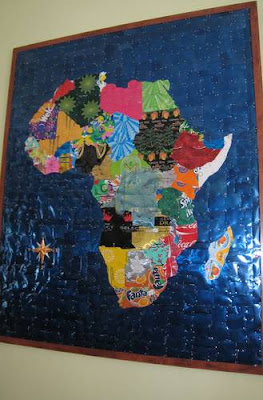 The cans I used were specific to each country. I took into consideration team soccer colors, exports, favorite beers, and many of my personal experiences. The best oranges I ever tasted growing up came from South Africa. Nigeria drinks more Guinness than Ireland. Botswana exports diamonds and Zimbabwe exports flowers. The ocean was created from hundreds of Pepsi cans. All the cans are washed, cut and then nailed into wood. The only tools I needed was a hammer, small nails, a National Geographic map for accuracy, scissors, carbon paper and a friendly recycling plant.

Infographic of the Week-Learn a New Language

From the Daily Infographic, this is not exactly a map but interesting. These languages are considered easy, medium or hard to learn for native English speakers. The data is from "learning expectations" compiled by the Foreign Service Institute of the U.S. Department of State. This makes me wonder how English would do for someone from any of these other places.
I spent years studying French and I can still barely speak it. If the graphic falls off the page a bit that's just Blogger being Blogger. You can click on it for a full size view.

Quebec Route 366, according to Wikipedia is "a secondary highway in the Outaouais region of Quebec. It runs from Route 301 near Creemorne in the Pontiac to Route 148 in the city of Gatineau." 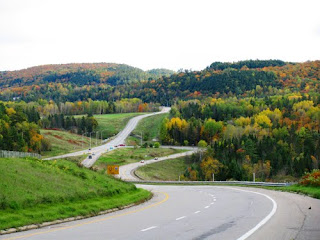 Quebec Route 366, according to Google runs from Atlantic City, New Jersey to Astoria, Oregon-aka U.S. Route 30. Here it is at the beginning and near the end. 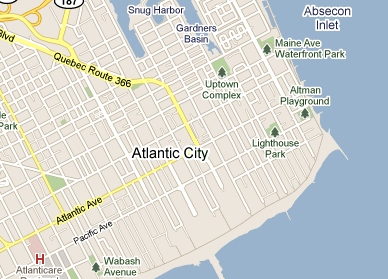 The street view from Atlantic City

Why did this happen? I have no idea and nobody seems to have an answer on the google maps help forum.

I first discovered this issue when looking for something in the Exton-Downingtown suburbitopia. 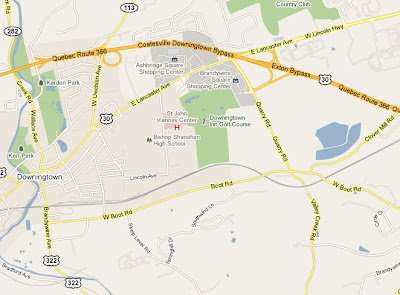 Soon I discovered that they renamed the Benjamin Franklin Bridge. 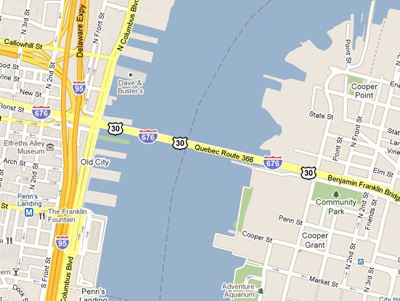 Here are more views of scenic Quebec 366 as it travels across the USA.

Over and around Fort Wayne, Indiana 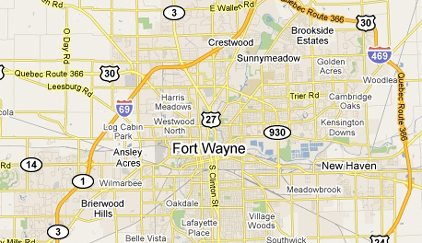 On the edge of Cedar Rapids, Iowa 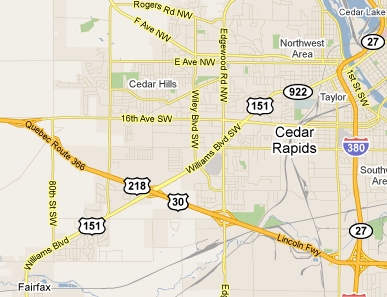 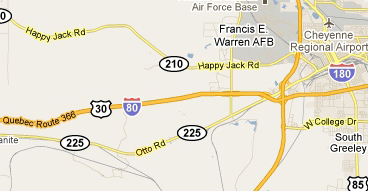 Pocatello, Idaho out by the airport. 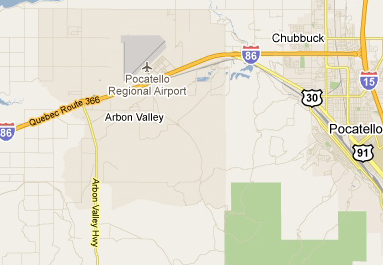 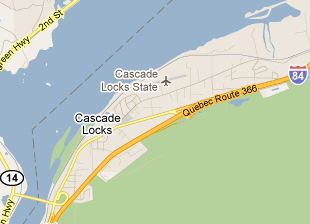 Portland, the City of Roses. 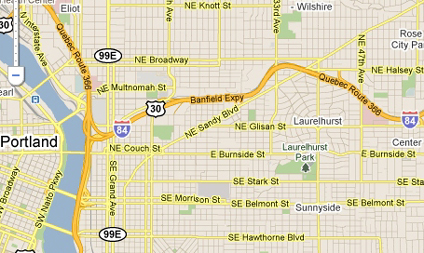 I don't know why Google has been so slow to fix this but hopefully it won't be too soon. Otherwise this post won't be as fun. I hope traffic isn't too bad on your stretch of the 366.