Map of the Week - Subwayman

I'm not nearly New Yorky enough to read the New Yorker but John G. alerted me to the current issue's (June 30, 2008) cover. It's "Subway Man" by Roz Chast. Thank you John. 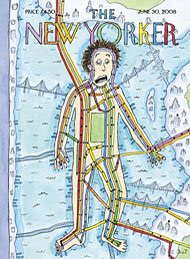 Map of the Week-Mapping Web Trends

Information Architects Japan produces this map of web trends. In their own words:

"The map pins down nearly 300 of the most successful and influential websites to the greater Tokyo area train map. Different train lines correspond to different web trends such as innovation, news, social networks, and so on." 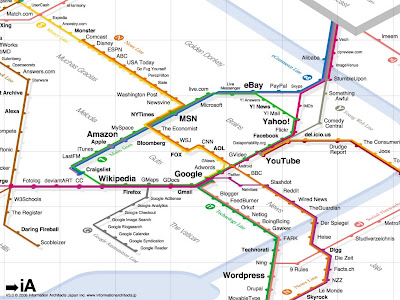 I've spent a fair amount of time looking over this subway map of Tokyo for the similarities and they're not obvious. However, there is a detailed description of the various lines and the how changes in web traffic affect the placement of sites.
Here's a description (and map) of google's recent promotion to Tokyo's central station. 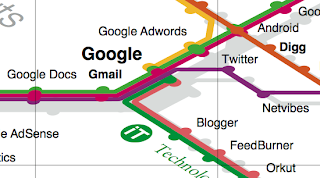 "In terms of traffic, Tokyo station is the center of Tokyo. That’s why Google (which is slowly becoming a metaphor of the Internet itself) has moved from Shinjuku to Tokyo Station. Google continues to push new modules into the main lines in an attempt to occupy the center circle."
Hey look! Blogger's on there! Maybe Map of the Week will earn its own station someday!
Posted by Dug at 5:59 AM 2 comments

GISCorps is a Peace Corps type of organization for GIS volunteers. In early May the call went out from UNOSAT (the UN's satellite imagery team) to many GIS folks including me for volunteers to help map damage from Cyclone Nargis. Unfortunately I could not handle the time commitment they needed but I often wish I had tried to make the time. Below is a portion of a map showing the extent of building damage in the Irrawaddy Delta region of Myanmar. GISCorps volunteers analyzed satellite images from before and after the storm and did a "change detection analysis" to arrive at these figures and maps.

Further information on this project and more maps can be found here.
Posted by Dug at 7:25 PM 0 comments

One final post about the Baltimore Festival of Maps and then I will get back to the normal Map of the Week schtick. My last two posts were about the Maps: Finding Our Place in the World exhibit at the Walters. However, this is a festival of maps and that means lots of additional events and exhibits, few of which I had time for after seeing the main exhibit. 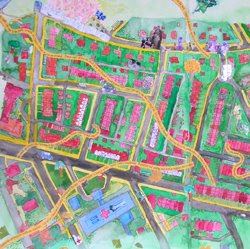 I was really looking forward to the Maps on Purpose exhibition because I am a big fan of these type of community mapping projects. After all who can resist this map of the Oakenshawe neighborhood? Every few weeks they change the focus to a few selected Baltimore neighborhoods. My week the theme was "Neighbors". There were a number of displays about personal

connections within neighborhoods, some of it based on the Arpanet map from the Maps exhibit. Interesting, but not very mappy. There was one cool map of the Hamilton Hills/Lauraville neighborhood. 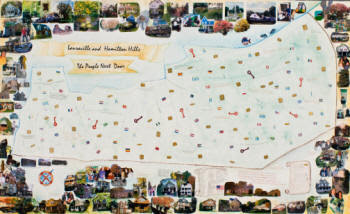 The map shows income and other variables by block and is surrounded by pictures, stories and commentary by area residents. This was easily the highlight if this exhibition for me. 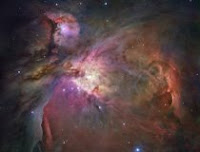 By the time I was able to make it to the Mapping the Cosmos Hubble Telescope exhibit I was exhuasted and all I coul do was stare at the pretty pictures. Some explanantion about the color manipulations used to create these would have been helpful but I wouldn't have had the mental energy to absorb it anyway at that point.
Of course there are lots of other things going on outside of the Walters including Borders & Boundaries: The Mason-Dixon Line at the Maryland Historical Society - a display of the original map showing this boundary. I did not have time to see this one but it's there until June 29th. I would also like to get to A People's Geography: The Spaces of African American Life at the Reginald F. Lewis Museum - this exhibit will continue until September 7th so there's still time. We did make it up to the top of the World Observation Level for 387 Feet Above, another community mapping type exhibit. It had a few interesting map ideas but the main attraction was the fab view of the Harbor from the 27th Floor. From up there I was able to map out the way out of town on a busy holiday weekend and with that I said a fond farewell to Baltimore and the Festival of Maps.
Posted by Dug at 6:51 PM 0 comments

Since I don't have any overall brilliant statement to make about the Maps exhibit other than "wow that was really great", or "you should really go see this if you can", this is really just a collection of random musings. I can't show everything I liked because it would take too long so here's a sampling. Thanks to the Pond Seeker for helping me find some of these images. Some of them are on the Walters exhibit web page. 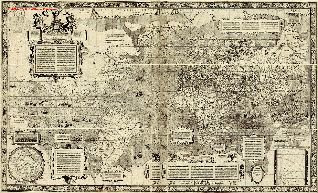 I spent lots of time staring at this Mercator map wondering how he got so much detail in Siberia - or did he just make it up? Then I finally looked at my own continent and saw how the St Lawrence River dips down into Texas and realized that of course he made it up. Gorgeous map anyway. That Antarctica sure is huge! 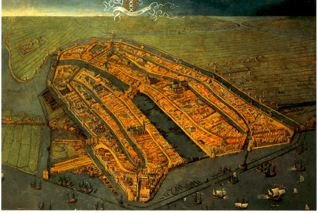 This oblique painting of Amsterdam was very large, striking and beautiful. This image is nice but can not convey the feeling you get when you're staring up at it on the wall. Go see for yourself! 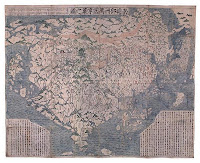 This Buddhist world map (centered around mythological Mount Meru) offers a nice alternative perspective as did many of the other non Western maps. I also really liked a map that I believe I remember as having been drawn by the King of Cameroon though I can't seem to find any information on it from the web. They also had a stick chart from the Marshall Islands but I've already done that.

The lighting at the exhibits was poor in order to protect the maps but it made reading the details difficult. Maybe not a big problem for most people but I got a bit frustrated trying to see things.

Finally: The London Glove Map that was used in the promotional materials is really quite small. In fact it's the size of a glove. They tried to compensate by putting it in a large display case but that made it so you can't get close enough to it to read the details. Better to look at the pictures online if you want a good look at it.
Posted by Dug at 12:57 PM 0 comments