Vietnam, Past Is Prologue

The exhibit highlights the experiences of former refugees from Vietnam where Chung grew up and experienced the war. Her work re-maps memories that were denied in official records. The round bead-like shapes may be troops or civilians or both.
All maps are done with acrylic, ink and oil paints. Here are boat trajectories from the exodus out of Vietnam.

For more on the artist and many more maps see her page at Tyler Rollins Fine Art. The exhibition runs through September 2, 2019.

National Geographic produced a beautiful visualization of the moon landings. Here is a detail showing the Apollo 11 landing 50 years ago along with other landings. 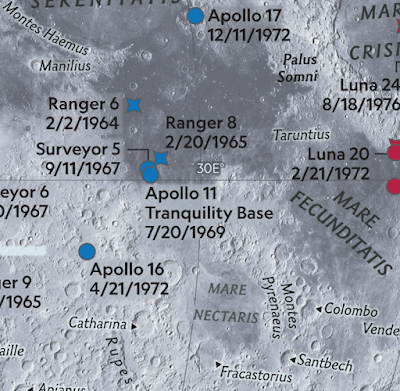 Blue dots are American landings and red Russian. Like many of their graphics the whole thing is dense with information.

I like the timeline in the corner showing the early missions (US missions are blue, Russian red, X marks failed missions-they get fewer as time goes on). 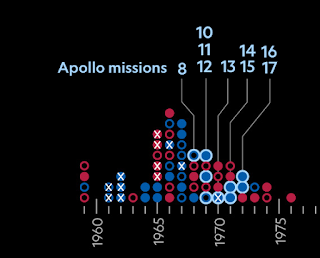 Here are the more recent and planned missions including many more colors for many more nations, including India, The European Space Agency, Israel, China, Japan and South Korea. 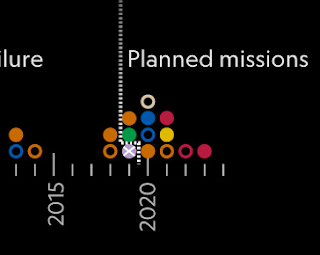 The pink and purple colors in the corners show lunar topography on both sides of the moon. The entire graphic and more can be seen here on nationalgeographic.com

Here's a bunch of random maps. They won't "change the way you see the world" like so many other clickbait-y sites claim. They're just kind of interesting, or pretty, or something. Click on the map for the original source and higher resolution.

Meat Production on Ranches - via Pearson Education though I lost the link. 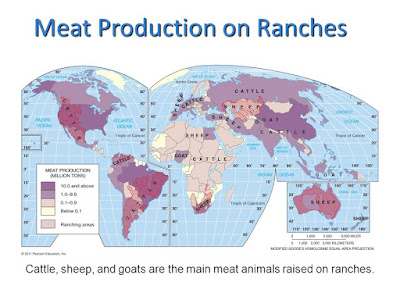 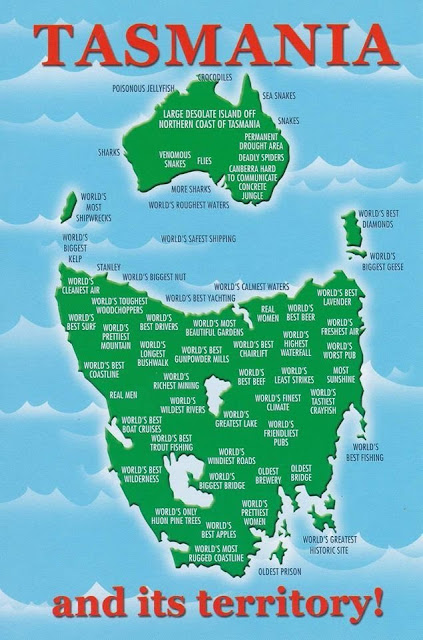 WestJet Destinations, 2000 featuring a Canada without Montreal or Toronto. 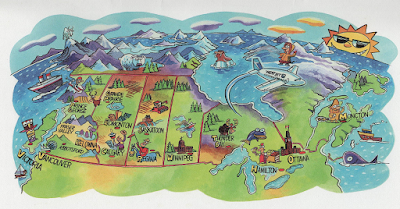 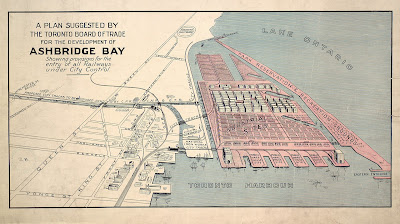 Saloons, free theatre and "houses of ill fame" in Buffalo, 1893. If you're looking for this neighborhood, it's basically been torn down and replaced with expressways. Easy access from the Children's museum though. 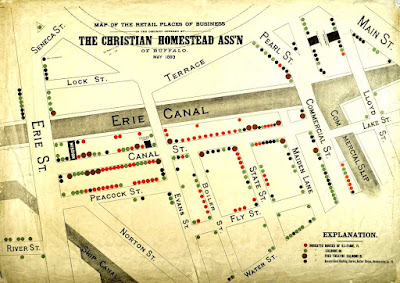 Geo-Eye (Mount Inasa), 2015 by Takahiro Iwasaki carved on a roll of vinyl electrical tape. Iwasaki is a Hiroshima-based artist. Mount Inasa is in Nagasaki. 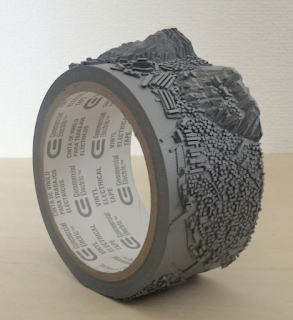 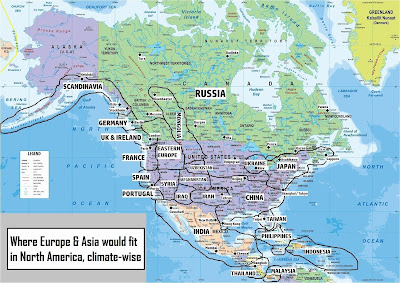 Tourism map - where to see whales, seabirds and icebergs in Newfoundland And Labrador - issuu. 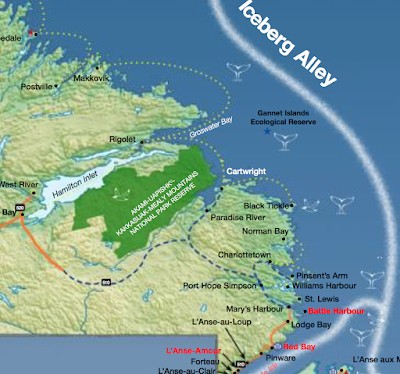 Whales and dolphins in Costa Rica - via Enter Costa Rica 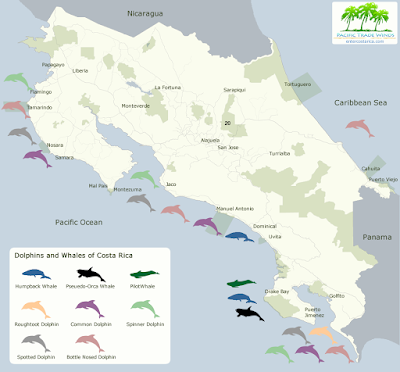 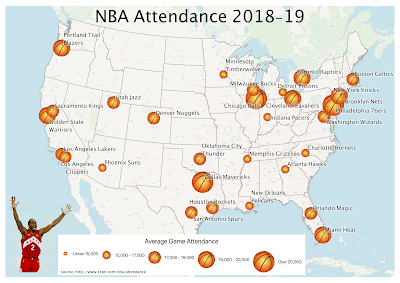 I made this map as part of a software tutorial (this explains why it still needs work), but mainly as an appropriate map subject for the Kawhi North Arrow. I'm not a big basketball follower but when I saw the picture of Kawhi Leonard with his "North" jersey and arms raised I thought it made the perfect north arrow. I put it out on Twitter and way more people liked it than the usual junk I tweet out.

I'm going to start using this as a north arrow on all my future maps #gischat pic.twitter.com/h0B8sKCrHj
— 🌎Map of the Week🌏 (@MapOfTheWeek) June 14, 2019


The source of the data is here on ESPN. I was almost as excited as Kawhi to see my 76ers at the top of the list - we finally won something!

I'm a few days late for National Pollinator Week but here it is...

Map of the Day: Published in May 2015, this map explains the importance of bees in our food system. In fact, commercial beekeepers transport these insects thousands of miles around the country every year to pollinate crops when they are in bloom. #MapOTD pic.twitter.com/eKHcb4BBUO
— NatGeoMaps (@NatGeoMaps) November 27, 2018 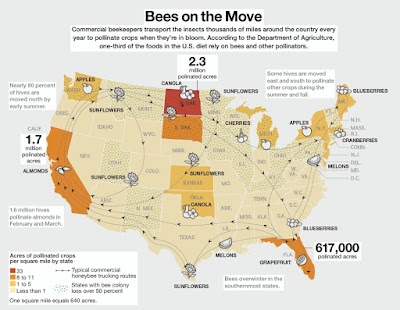 An article in Smithsonian highlights areas where agriculture is at risk due to a high need for pollination coupled with low wild bee populations. The red counties below are the most high risk areas. 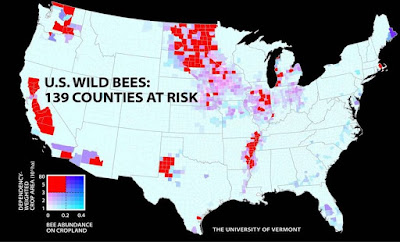 These areas including California's Central Valley, The lower Mississippi Valley and upper midwest are all yellow (low abundance areas) in the map below. 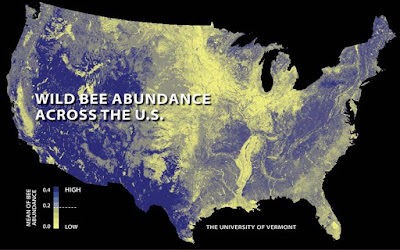