Persian polymath Muḥammad ibn Mūsā al-Khwārizmī (c. 780-c. 850) had a huge influence on the development of algebra, the Hindu-Arabic numeral system, astronomy and cartography. His Kitāb Ṣūrat al-Arḍ (description of the Earth) was a major reworking of Ptolemy's Geography correcting much of his data for The Mediterranean Sea, Africa and Asia. Here is the earliest known map of the Nile River from that work, 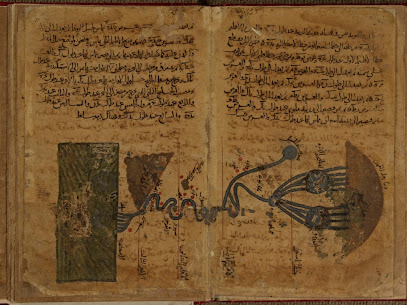 some nice details of the origins and branches of the river, 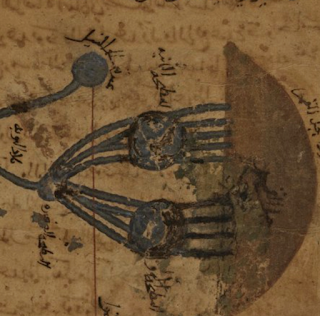 and the delta where it meets the Mediterranean. 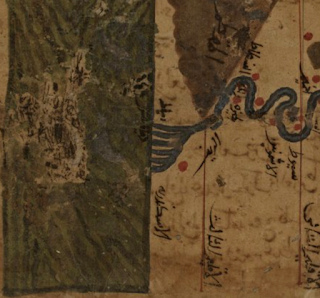 The only surviving copy of this book is in the Strasbourg University Library in France. The copy is in bad shape and parts are almost illegible. Though latitudes and longitudes of thousands of places appear the world map is missing. Historian Hubert Daunicht reconstructed this map, the only copy I can find is this low resolution version from Wikipedia, showing the Indian Ocean. 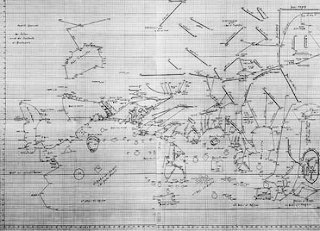 For fans of "World Music" a band called Guess What named an album Al-Khawarizmi (with a slight spelling difference). The cover includes an early Islamic world map in the lower corner. 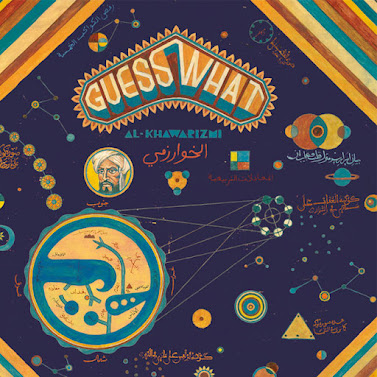 A previous post on this blog has a partial explanation of some of the elements of this map.

Homesteaders are widely thought of as white, but as this map shows there were a large number of black homesteads in the "northwest territories" in the early 1800s. 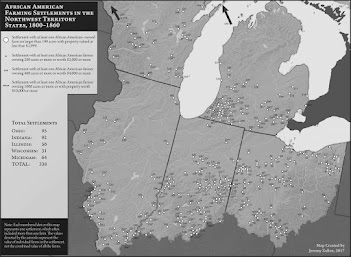 The map above is from The Bone and Sinew of the Land by Anna-Lisa Cox (image via Atlas Obscura). There are asterixes denoting the places where more valuable land was owned by African Americans. This is not a very clear way of quantifying data, but you can see it in the detail from southwestern Michigan. 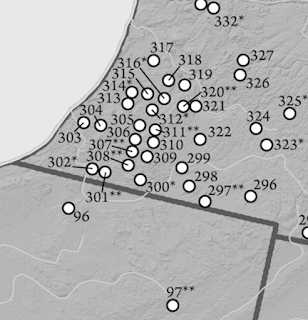 Here is the legend. 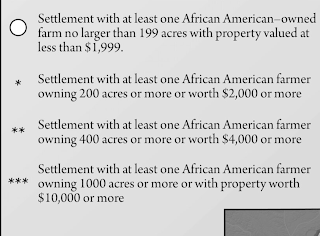 What the map does clearly show are some interesting clusters of settlements in Michigan, Ohio and Indiana. By the late 1800's increasingly restrictive laws and resentment among nearby white settlers had driven many of these settlers away. Cox's book brings to light these forgotten settlements.

A similar map appears in Free Black Communities and the Underground Railroad: The Geography of Resistance by Cheryl Janifer LaRoche. You can see it in the "Look Inside" feature on the Amazon link above. The cover is also adorned with some nice mappy details. 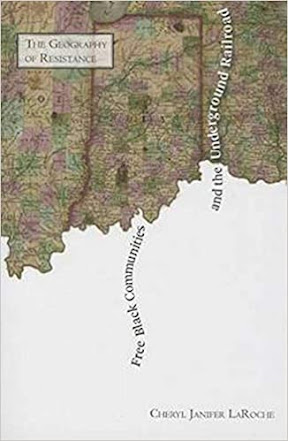 Map of a Groundhog Hole

Today is the day when supposedly the groundhogs awake from their sleeping chambers and head out of their burrows, possibly needing to turn around in the turn-around chamber first. 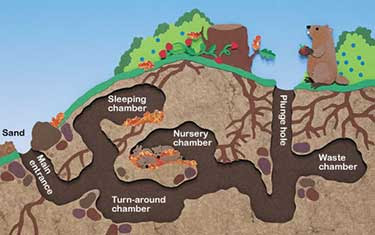 The groundhog's burrow is a complicated structure with numerous chambers for sleeping, nursing and waste. They smartly put the waste chamber out of sight and hopefully smell. These burrows are usually occupied from October to March and can be up to 40 feet long and six feet deep. Their body temperature drops down to 40°F (about the temperature my body has felt for the last week or two) and their heart rate drops to 4 beats per minute. I got this diagram and information from Wisconsin Pollinators where I get all my information and opinions.

Here is another version from "Alex C-W", 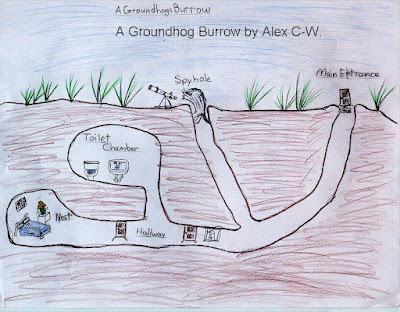 This is also from a Wisconsin-based site, the University of Wisconsin Arboretum.

UPDATE: He went back in his hole 🙁