Map of the Weekend-Riding the Hubway

Yesterday Boston finally caught up to Washington, DC and Minneapolis and started a bike share program - the Hubway. They have an interactive map showing the stations and availability of bicycles at each one.

Currently the system serves limited areas but they plan to expand it into Cambridge, Somerville and other neighborhoods in Boston. I have not had a chance to try it out yet (as I did in Montreal - see the comments section from this post) but the Boston Globe did and posted this somewhat unfair article where they raced it against the subway and a taxi. In addition to the indirect route the bicyclist took, she also needed to purchase a membership pass. I've cycled on those streets and find it hard to believe that it would take half an hour to get from the library to Bobby Orr. Anyway the graphic is well done.

If you're in town give it a ride. The streets are not ideal for cycling but it's still the best way to see a new place or get a new perspective on a familiar one.
Posted by Dug at 5:51 PM 2 comments

Map of the Week - Netflix

I was going to post something more intellectual than this but today's a busy one so here's something nice and dumb- a map of what Netflix considers to be popular in your state courtesy of Slacktory. 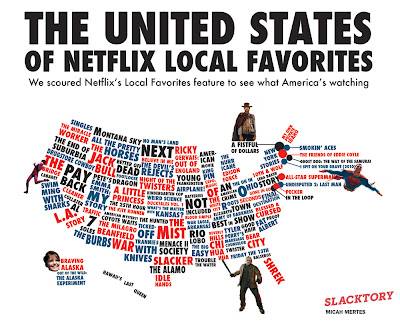 Map of the Weekend-Sweet Mappy Dreams

The best way to end a Detroit map week is to fall asleep on a nice Detroit River Pillow from the SaltLabs. 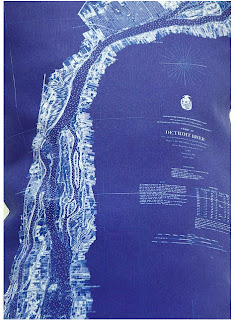 Or you can choose from a range of other nice designs. Sweet Dreams! 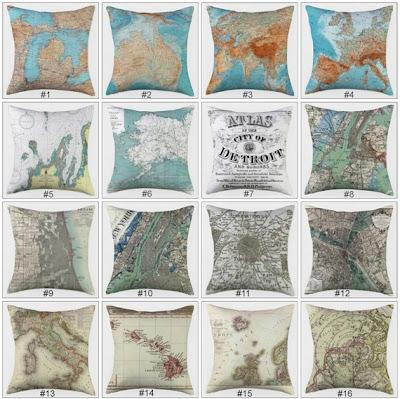 There's a lot of good cartographic content on flickr. I was looking for something else on a flickr group titled The Paper Cites- Speculative and Unbuilt Structures, when I came across this image from a user who calls himself whitewall buick. It shows the "Governor and Judges' Plan" for Detroit after the1805 fire destroyed the city. This plan was based on L'Enfant's plan for Washington DC with a series of plazas and wide boulevards radiating outwards. The shaded area is what was actually implemented. 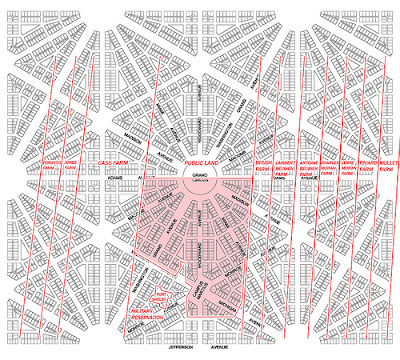 According to the poster, the remaining areas grew haphazardly because the city was not given the authority to force private landowners to subdivide their land according to the plan. Unfortunately much of the content on flickr is poorly attributed and he does not give much more information.

Here is a map the current street network (and what was ruined) from Detroit Yes! I suspect this map is a bit out of date because it does not show the Campus Martius Park (see below.) 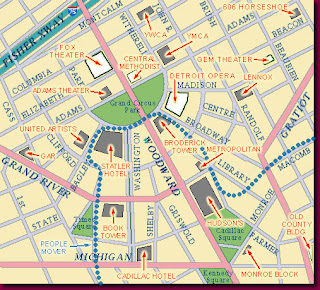 Michigan Territory Chief Justice Augustus B. Woodward proposed a plan of hexagonal blocks with the Grand Circus as the central point. 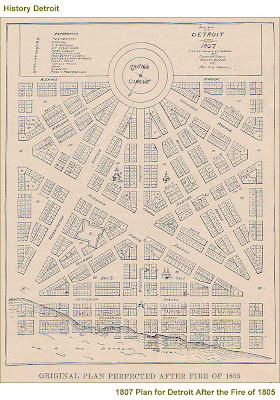 The Campus Martius, a few blocks south of the Grand Circus, is the point of origin for Michigan's coordinate system of roads that includes the Seven and Eight Mile roads located at those distances away.

Here is a photo of the point of origin marker. Campus Martius Park has recently been redeveloped into a very popular city park with fountains, performance spaces and an ice skating rink.
Posted by Dug at 8:07 AM 1 comments

South Sudan- A Work in Progress

The new Republic of South Sudan is quickly finding its way onto world maps but you may want to wait another week or two before purchasing your next wall map. Here is the new nation with it's name incorrectly specified on National Geographic's "Executive" Africa Map on my iPhone - it appears the same way on the wall map. 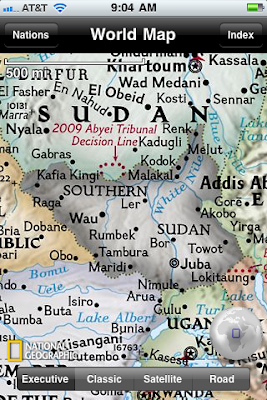 However, the classic map hasn't received the new nation yet. 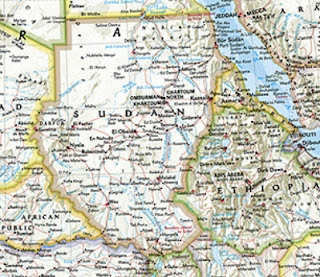 Unless you have the iPhone app where it appears on the map but not yet in the list of countries:

Good luck South Sudan. We'll get you on the map correctly soon-probably more quickly than any previous country.
Posted by Dug at 6:57 AM 3 comments

Wikimedia Statistics produced this animated map showing edits to Wikipedia by language and location on what they refer to as a "typical day" - May 10th 2011. The animation starts at 12:15 GMT, giving it a European bias but you can move the clock ahead. I don't see an option to move the clock backwards to see more of what happens in Asia. Here is a screen shot. You can click on it to get to the animation but it may not work in some browsers. 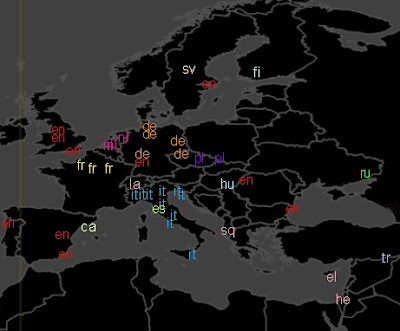 You can also choose bubble maps or heat maps and see the distribution of edits in various languages. The background can change if you like to be distracted by gratuitous topography. I prefer the dark background. This colorful map shows the most edited language in each area.