For the Map Your Memories project, Becky Cooper printed hundreds of blank maps of Manhattan and walked around the island asking strangers to map "their Manhattan." These maps are compiled into a new book, Mapping Manhattan: A Love (and Sometimes Hate) Story in Maps by 75 New Yorkers. 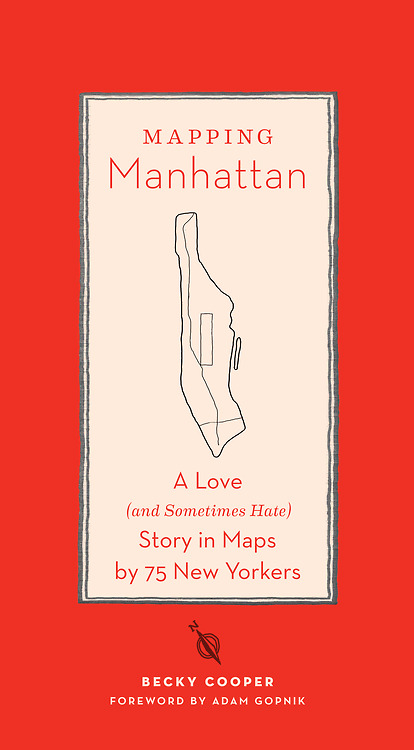 The results vary from the wordless and strictly artistic to maps full of illegible scribbles to simple numbers with separate translation pages.

Here are some examples - chosen based on personal tastes and legibility. These images are all from Cooper's tumblr page.

This one is from cartoonist and essayist Tim Kreider. 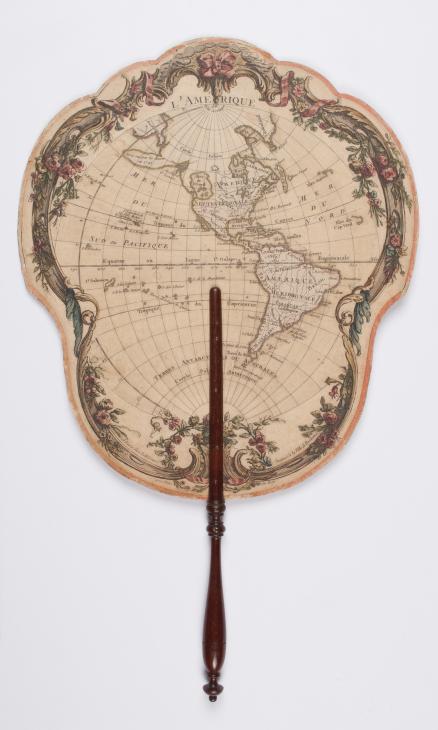 If you are a fan of maps you may want to come to Winterthur, an excellent museum of decorative arts and garden in Wilmington, Delaware. Common Destinations: Maps in the American Experience opens tomorrow, April 20th and runs until January 5th, 2014. The exhibit takes you on a journey through American history from a time when maps were rare collectibles, conversation pieces and fashion accessories into their current ubiquitous roles.

There are six themes including maps as a social medium, maps in the lives of men, women and their role in building a sense of nation. In addition to paper maps, the exhibit also features maps on ceramics, playing cards, puzzles and handkerchiefs. There will also be a two day conference in October to reflect on the material nature of American maps before 1900. 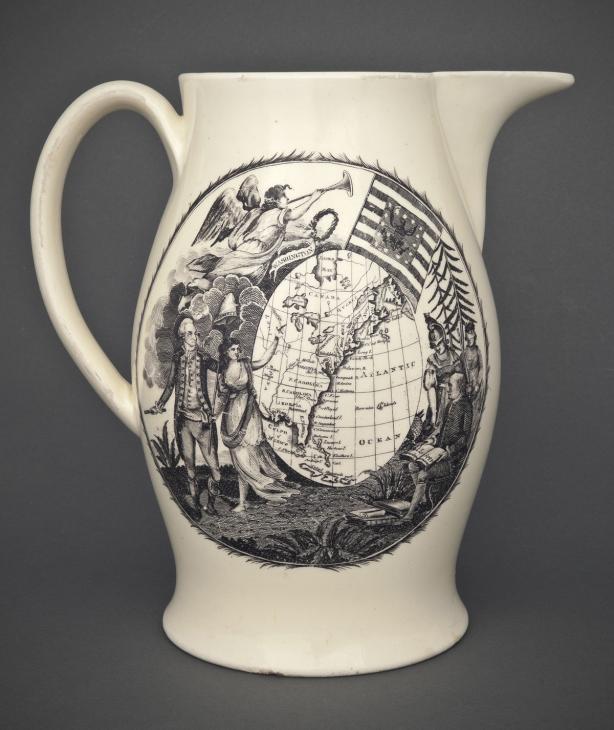 County Lines magazine has a very good article about the exhibition and includes the pictures below showing a silk embroidery of Washington, DC,  a split pocket globe and a puzzle map of Europe. 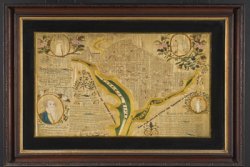 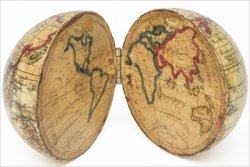 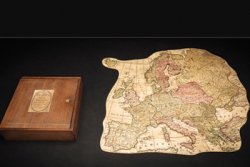 Life is clearly back to normal for most of us in the Boston area - I just heard a woman screaming about her parking ticket. Is there anything in the world more outrageous than getting a ticket? Perhaps Monday's attack on the Boston Marathon. Some terrorist(s) may be trying to target the United States, but as the map below shows they've targeted the world. This map shows the international scope of the Boston Marathon with data from the Boston Athletic Association. You can click to make it legible. 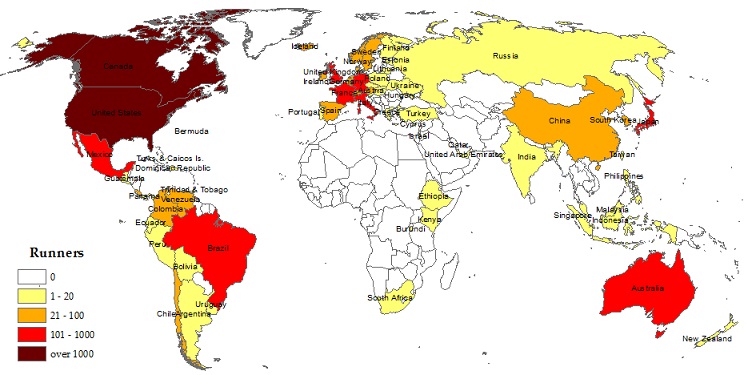 I stole the idea for this from a post on The Atlantic Cities. However, they used a google map with those ugly teardrop points which seem oddly unaligned to the map below. I tried my hand at a good old fashioned choropleth map with the countries colored by number of runners who started the race. I also got to pick a better projection this way (I don't really have a personal favorite projection but I'm somewhat partial to the Robinson.)

Location: Boston
Email ThisBlogThis!Share to TwitterShare to FacebookShare to Pinterest

Last night Quinnipiac and Yale both won their Frozen Four hockey games to set up tomorrow's all New Haven area men's hockey championship. You can find maps of the 16 schools involved in the tournament at Bill's Sports Maps, at an almost nationwide scale.

The scale of the final two is the approximate length of Whitney Avenue. I made my own map, with a little help from the Connecticut DEEP. 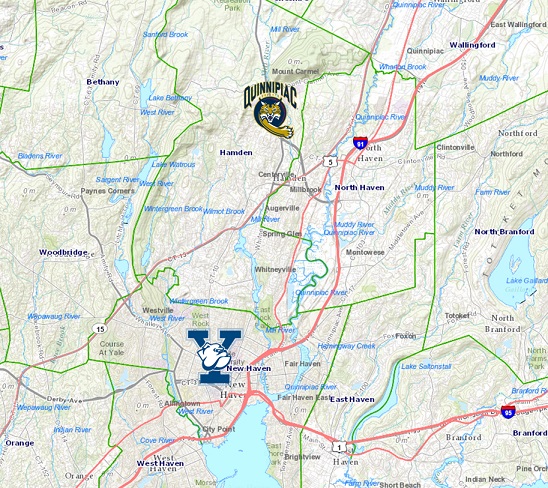 xkcd once again embraces their love of maps with Subways of North America. While I've seen similar subway map mashups, I've never seen them connected before. 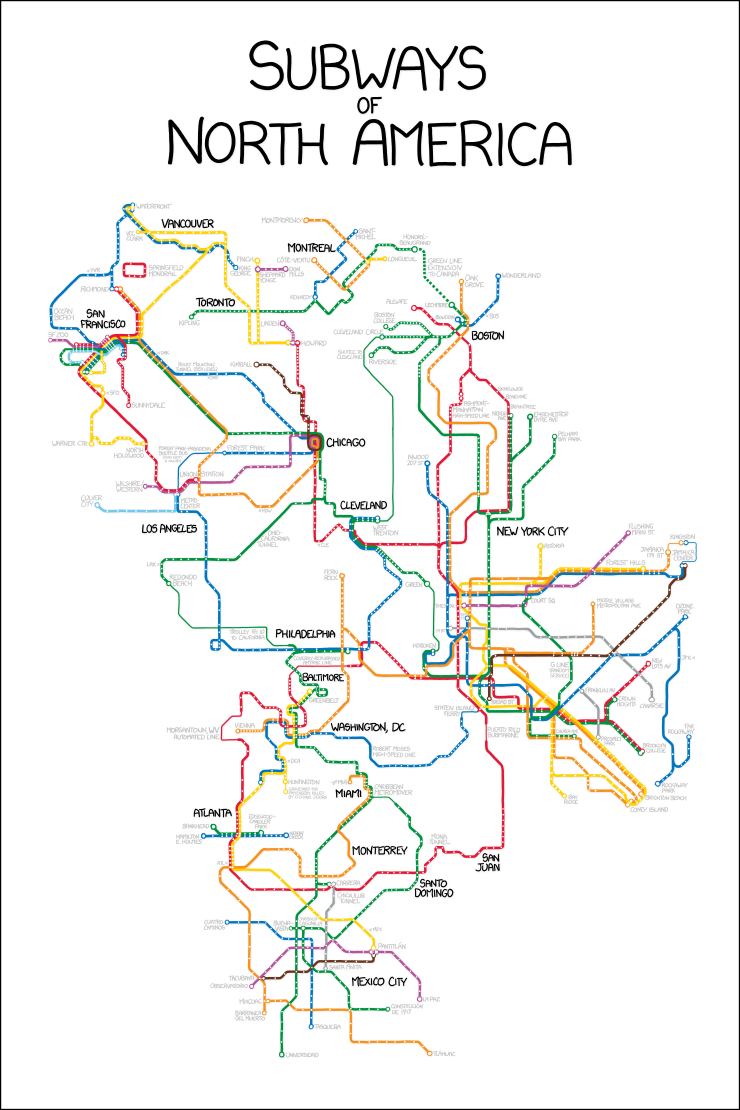 These inter-city connections create some wonderful highlights. Here are some of my personal favorites:

The Cleveland Circle (Boston) to Cleveland shuttle - passing through West Trenton, this shuttle would be a nice easy way for me to leave work and go visit my Mom. West Trenton's location along Lake Erie just beyond South Harbor is also a bit curious.

The Green Line extension from Cambridge to Montreal - if it even makes it to Medford that would be remarkable.

The extension of the Market Street elevated subway line in West Philly/Upper Darby from 69th Street to Long Beach and LA.

A couple of extremely long subway tunnels from Atlanta and Miami to Mexico City.

The Puerto Rico submarine from Staten Island to San Juan and the connection from Jamaica (Queens) to Jamaica.

The Springfield Monorail connecting to nowhere, not even North Haverbrook.

There's lots of other things to explore including tunnels in the Caribbean,  "covertly repurposed" Amtrak lines, strangely renamed Red Line stations in Quincy, Mass. and a graveyard for passengers killed by closing doors - have fun exploring!

On a recent Air Canada flight I got to see a little Canadian TV, specifically This Hour Has 22 Minutes. They like to make fun of Toronto mayor Rob Ford who has a long history of saying dumb things. On a recent visit to Chicago someone told him they'd been to the part of Canada "across from Detroit" and Ford responded "Oh, Manitoba!" Actually Rob, it's your own province! 22 Minutes had a little map fun at his expense. Here is a screen shot of the Rob Ford's map of Canada via the Torontoist. 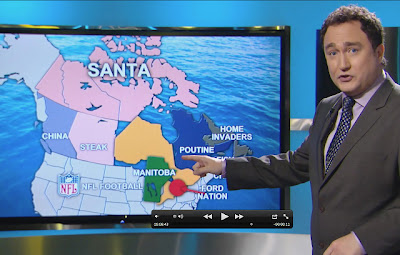 Location: Manitoba!
Email ThisBlogThis!Share to TwitterShare to FacebookShare to Pinterest 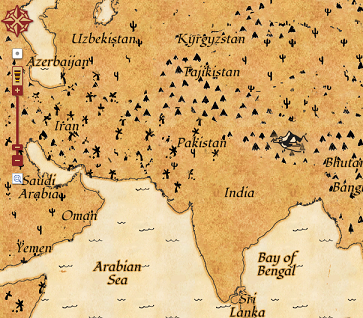 The treasure view has icons and some of them have numbers referencing latitude and longitude that take you to clues. For example, this mermaid swimming in Lake Washington near Seattle... 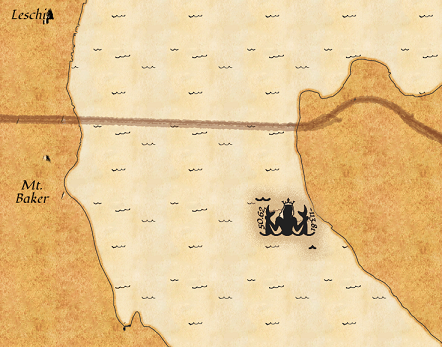 ...takes you to southern Alberta, where the gold coin is actually a letter. These letters spell out an important message. 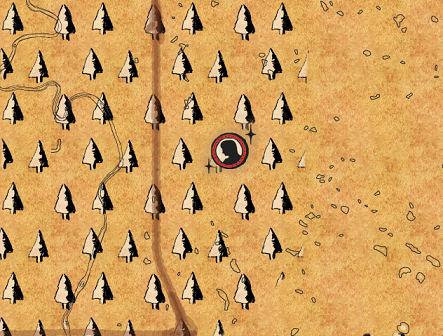 If you happen to be in southern Ireland, you might come across this rope letter. Not all icons give you clues, some are just there to be cute. Here's Lucy The Elephant in Margate, New Jersey. 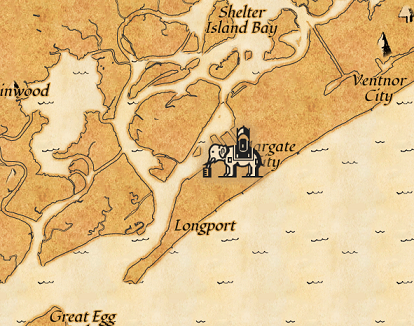 Here are various icons in Seoul including the gangnam style guy. 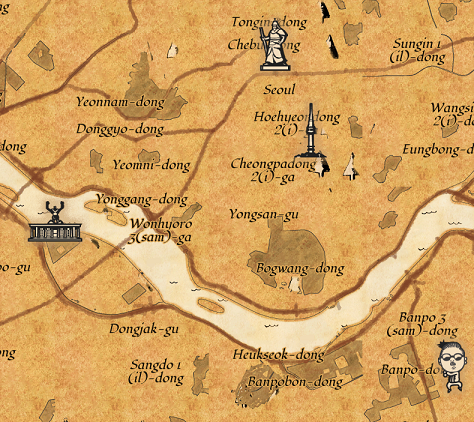 Also, the street view is altered to look like a telescope with sepia-like tones and cracks and dust on the lens. 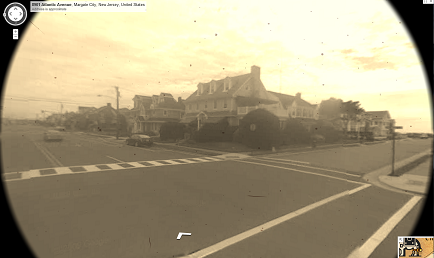 For more information watch this video:
For even more insight and some spoilers go to Google Maps Mania. Happy treasure hunting!

Location: All over
Email ThisBlogThis!Share to TwitterShare to FacebookShare to Pinterest
Newer Posts Older Posts Home
Subscribe to: Posts (Atom)