This remarkable animation from Peter Dovak (website no longer available) shows the rapidly accelerating growth of metro systems in China, including Taiwan.

China's first metro opened in Beijing in 1969. Growth of the systems was modest up to 1990. From then until (proposed) 2020 you can see how quickly things changed. The animation is an adaptation from his wonderful mini metros project where he designed a bunch of icons for wordlwide metro systems, many of them instantly recognizable, such as Washington DC (bottom) - Beijing is the one below. 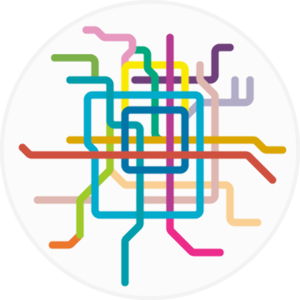 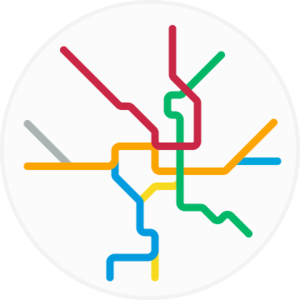 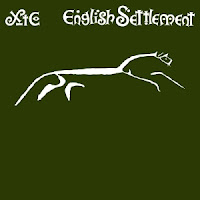 The English Landscape and Identities Project has some tri-variate maps of England showing eras of archaeological sites. The author, Chris Green, begins with an apology to those with color deficiencies. Because three color channels are needed, it would be hard to make this more legible to color blind readers*. The legend is shown first to see what you are looking at. 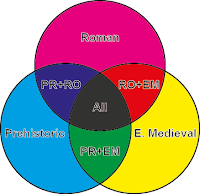 Darker areas are more "complex" - meaning there are sites from more time periods. The primary colors show more specific time periods as seen above. Magenta is Roman in case the image is hard to read. 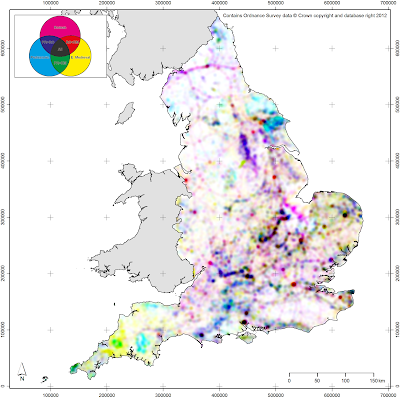 There is a second map based on more local variation on the blog post, but I find this one easier to interpret. Some of the patterns that show up are settlement along Roman roads (magenta lines), some clusters of prehistoric sites in the southwest and northeast and a much lower level of intensity in the west (fewer archaeological sites here?) Some of the darkest, most intense areas are along major river valleys where quarrying activities have possibly uncovered more sites than average.

This map is based on available data and may not tell the full story but it does give an idea of the variation and complexity of archaeological records.

* This color scheme (via StackExchange) would have worked for color deficiencies.

In 1978 the Seattle Department of Community Development published this map to raise awareness of the city's cultural landmarks. 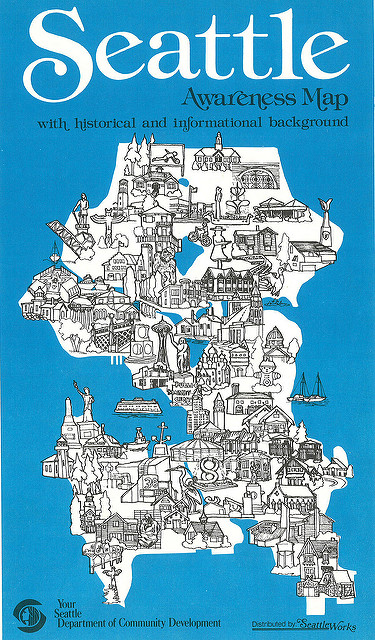 Seattle Municipal Archives posted a scanned copy on their Flickr site. The cover is a nice grouping of buildings, statues and ferries. 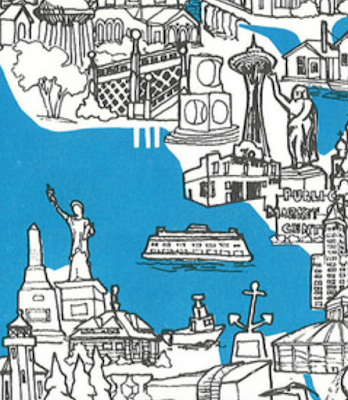 Inside the map is densely populated with landmarks and yellow descriptive text bubbles, 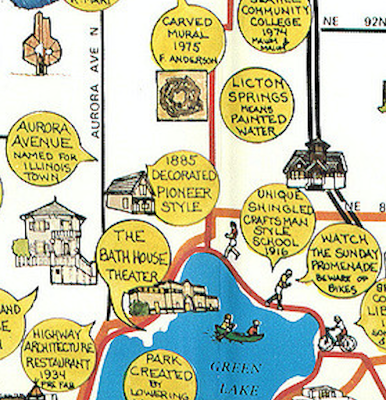 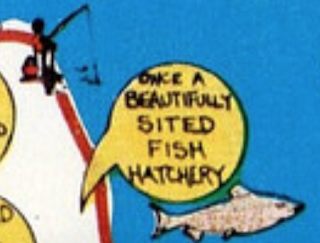 Some more detailed scans can be found on Rob Ketcherside's Flickr pages. 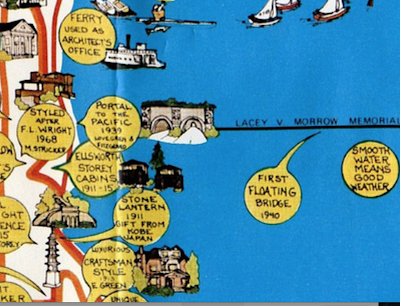 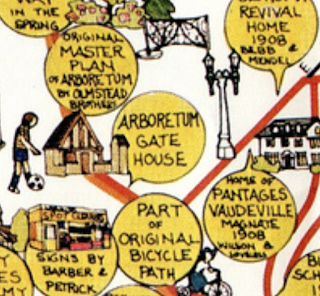 Last year, the first LEGO store in Poland opened, in a Warsaw shopping mall. The event was celebrated with a huge 3D model of the country built by kids and adults. 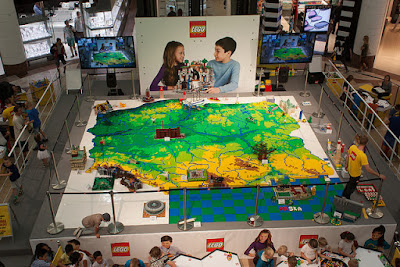 Here are some photos from various stages of completion via this Flickr gallery. 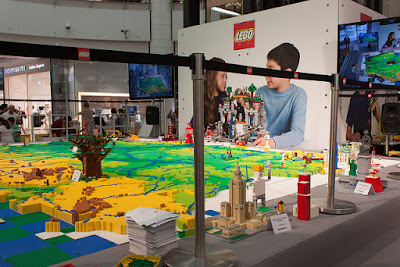 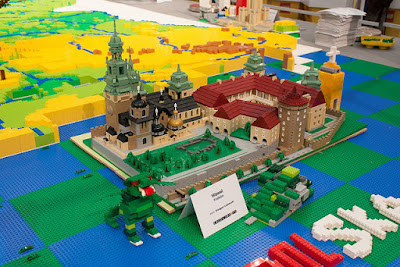 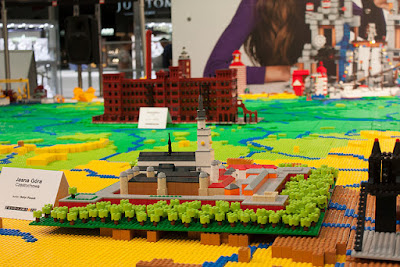 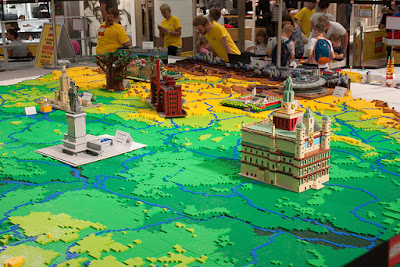 A couple more from the Hive Miner page 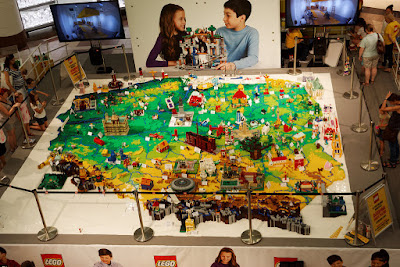 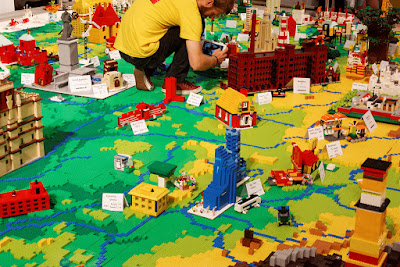