The NAACP used cartography to highlight lynchings in an attempt to garner support for the protection of their communities. This map uses a somewhat unusual but effective group of pattern fills to show statewide data. 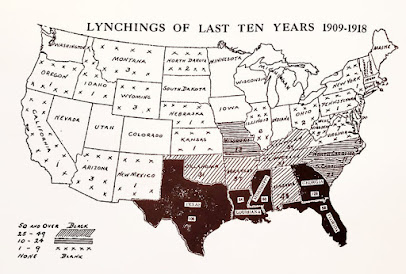 A few years later this map appeared in a magazine called The Crisis showing lynchings between 1889 and 1921. 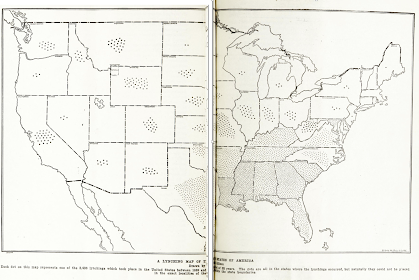 "Each dot on this map represents one of the 3,436 lynchings which took place in the United States between 1889 and 1921, a period of 32 years. The dots are all in the states where the lynchings occurred but naturally they could not be placed in the exact localities...but within the state boundaries." The way the dots are grouped within each state is strangely random as are the differing dot sizes. 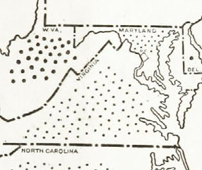 These maps came from an article in Geography Realm which highlights the contributions of black cartographers in creating maps for social justice. More info on this topic here
Posted by Dug at 5:44 AM 0 comments

Mid City Studio in Baton Rouge, Louisiana created a series of maps for each month in 2017 in honor of that city's 200th anniversary. The map for February, Black History Month, shows the historic highlights of South Baton Rouge. 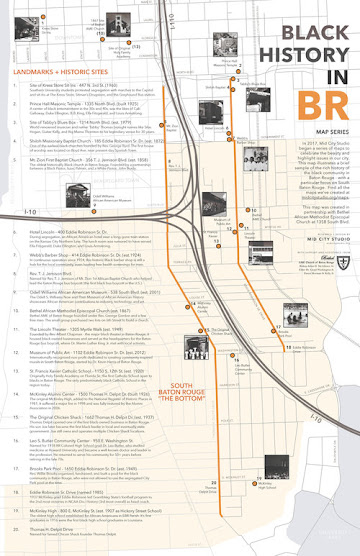 What the map design lacks in excitement it makes up for with a wealth of detail.  Their other monthly maps are also worth a look.

This map was recently featured in an episode of Map Men covering Soviet cold war cartography. It shows southeastern British place names spelled phonetically to teach would be Polish invaders how to pronounce them. 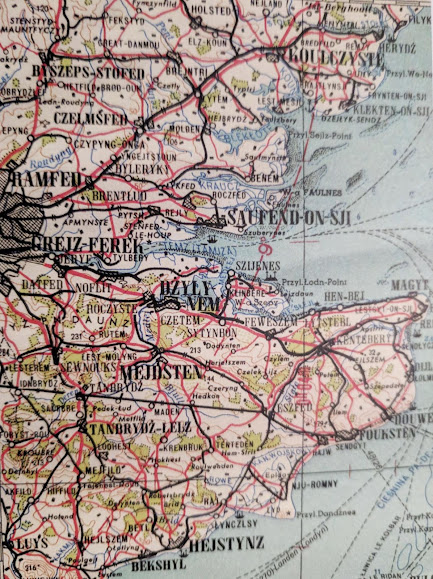 The map was originally put on Twitter by former Economist researcher Alex White but the original tweet appears to be gone. The image above is via The Sun. Some fun names include Saufend-on-Sji (Southend-on-Sea), Hejstynz (Hastings) and Byszeps-Stofed (Bishops Stortford). 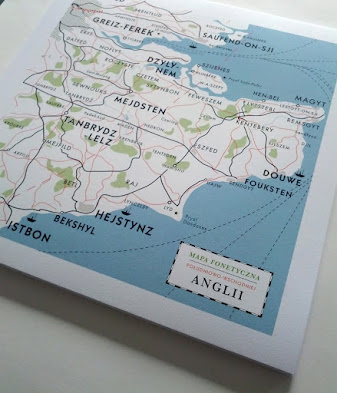 This version was created by Maple Tea based on the original version.

This map from PisseGuri82 shows place names that are no longer in the same location as the current country. 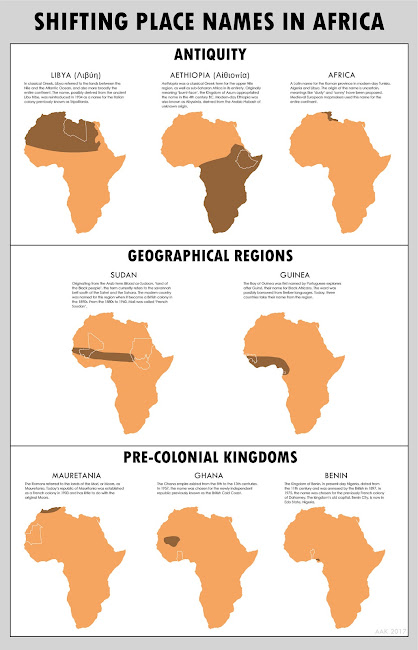 According to this page they do not overlap "at all" though that is only true for the pre-colonial kingdoms. Some of these countries are remnants of previously larger kingdoms. For example, Guinea is named for the Gulf of Guinea which the modern day country does not border. Benin was a kingdom based in Nigeria with Benin City, Nigeria as its capital. Many of these names were either imposed by colonial powers or chosen when the countries became independent.

Location: Africa
Email ThisBlogThis!Share to TwitterShare to FacebookShare to Pinterest

If seeing what horrible things people do to others and to the environment is your thing then you might enjoy these "dark tourism" destinations. 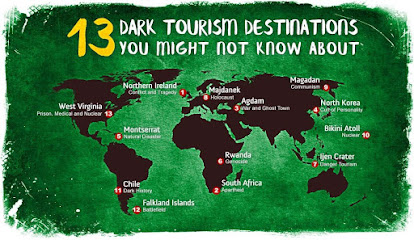 Compiled shortly before the current pandemic restricted travel, this list curated by a travel insurance company, even includes places such as North Korea where travel insurance is not covered. Gulags, genocide, horrible working conditions, nuclear destruction, it's all here! You can double your money in Chacabuco, Chile where there is a nitrate industry ghost town and a Pinochet concentration camp.