Cupcake Map of the World

Eighth grade geography students at my niece's former school, H-B Woodlawn in Arlington, Virginia created a map of the world with cupcakes. An article on ARL now describes the process:


The 80 students each chose a country to write a report about, focusing on one particular issue in that country. They made signs for their cupcakes on the map, which correspond to the individual reports that are hung on the wall of the gym.

Visitors who made a donation to help fight hunger took the cupcakes home and fought their own hunger.
Here are some close up views:

Friday night - time to relax with a bottle of wine. Preferably one with a nice map on the label. I've been posting beer labels, now it's wine time. This map makes me want to go to San Luis Obispo.

Another Six Pack of Maps

Last month, when I posted A Six Pack of Maps, I promised more to come. Here are some beers from further afield. Warning - you have to verify your age when you go to many of the web links below - a highly secure way of keeping anyone born after 1991 from seeing this child damaging information.

Shorts - two breweries in northern Michigan. They are having their 8th anniversary party next weekend. Events include a paddle between the two breweries. That's good because according to this map there are no roads in the area. 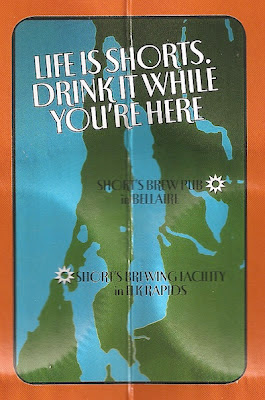 The Left Hand Brewing Company in Longmont, Colorado on the banks of the "Mighty St. Vrain" - one of those western trickles of water that you might step over in a dry spell. Lake Placid - two locations, two maps for the price of one six pack! 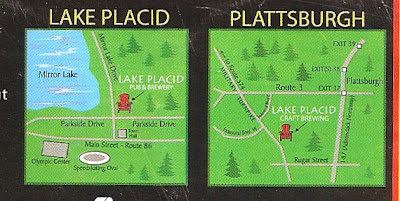 Bear Republic in Healdsburg, California. Where's that? They have a regional map on the right side to orient you. The left side will get you the rest of the way.

Then there's this offering from the Horseheads Brewing Company in Horseheads, New York. I bought a bottle of this stuff just for the label. 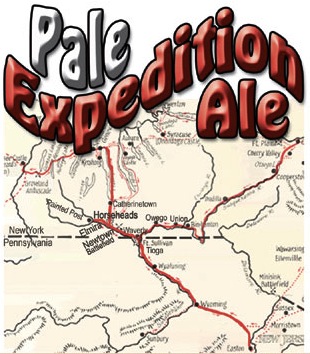 The "Pale Expedition" was the 1779 battle to remove the British and Iroquois from Finger Lakes region. General John Sullivan, under George Washington's command led an army of several thousand from Pennsylvania, New Jersey and others from the Mohawk Valley into the region. Details and full map can be found at Walking the Berkshires.

I will finish with La Fin du Monde from Unibroue in Chambly, Quebec. The label is nice. Excellent beer too! 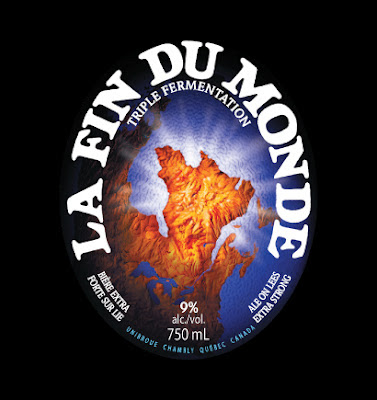 Location: Bellaire, MI - among others
Email ThisBlogThis!Share to TwitterShare to FacebookShare to Pinterest

Handy Map of the Middle East

Confused about what's going on in the Middle East? This map from the Economist will clarify things. 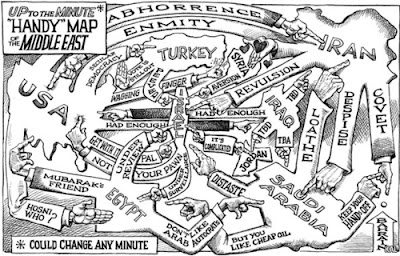 Google released an 8-bit map "upgrade" this past weekend as an April Fool's joke. This upgrade was done to support the Nintendo Entertainment System as explained in the Google LatLong blog - the video at this link is pretty funny.

Here are some examples of our 8-bit fantasy-like world:

The lower Great Lakes with the important places like Aurora and West Virginia emphasized. 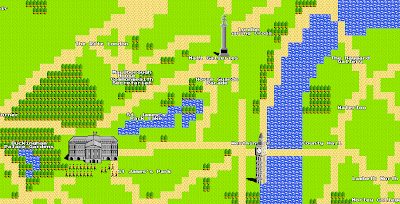 Westminster, London - zoom in to get cute building icons. 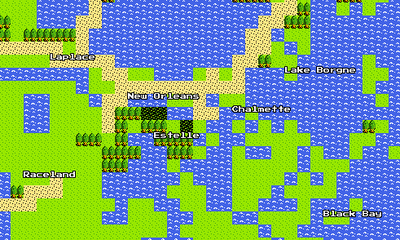 The pixellated coast of New Orleans 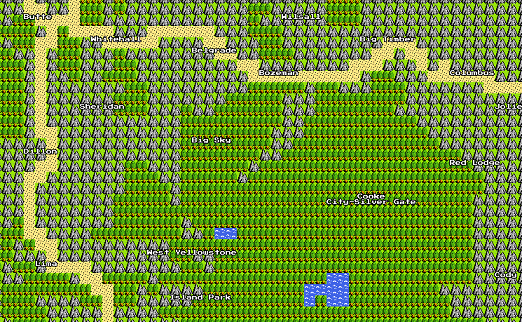 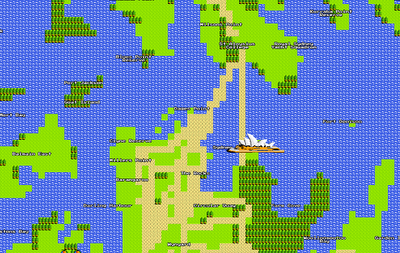 Occasionally you will come across a game character like this guy near Scranton. If I was more into gaming I might know who this is. 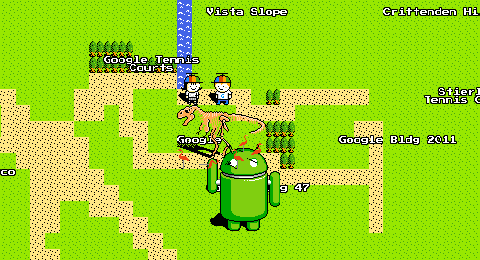 Here's the googleplex area with its dinosaur and flamingoes. There's probably a joke or two here for those in the know.

If you zoom all the way to street view, the images are posterized for your fantasy viewing pleasure: 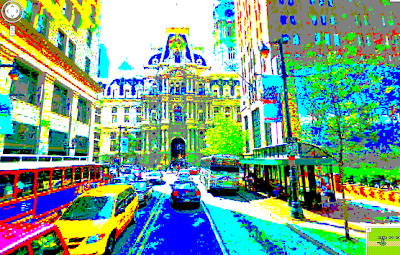 Click here to explore the 8 bit world.
Posted by Dug at 8:31 AM 0 comments