Where Does That River Go?

If you're like me you look at a stream and wonder where it comes from or where it goes. The National Atlas has a new tool called Streamer. Click on a stream and you can trace it up or downstream. Here is the path of Butternut Creek in Charlotte, Michigan to Lake Michigan. 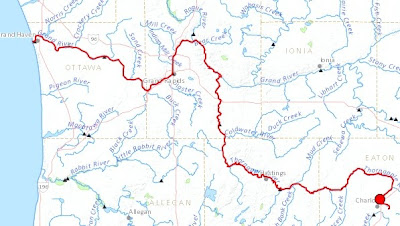 Tracing upstream is much more complicated. You get all the possible tributaries above you. Here's a trace of the Tennessee River near its mouth in Kentucky. 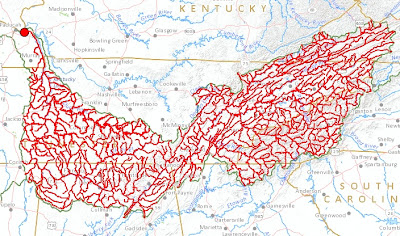 Unlike Streamer, rivers do not care about national boundaries. If you trace the Pend Oreille River downstream from Idaho, you get stuck at the Canadian border in Washington. The river itself only makes a short trip into Canada where it empties into the Columbia and heads right back into Washington but this is not shown in Streamer. 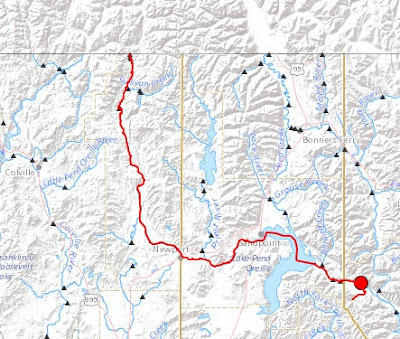 I like a good long windy path like the one made by Cassadaga Creek south of Buffalo. It starts just a few miles from Lake Erie but goes the other way instead. 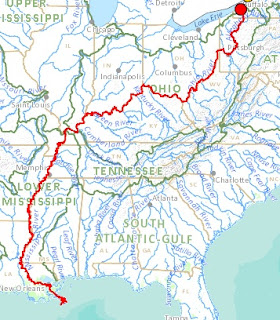 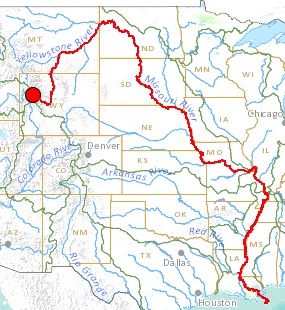 Pick your favorite river (if you have one) and give it a try.

A Bike Ride on Forbidden Drive and Beyond

It's been years since I've taken a ride down the Forbidden Drive and the Fairmount Park trails in Philadelphia. Today I got to relive the experience - riding from the suburbs to the center of the city with almost nothing but trees and water until you get near the art museum just outside of Center City. The maps are old and the photos taken on the fly are pretty lousy (except the one above from waymarking.com) but here they are. 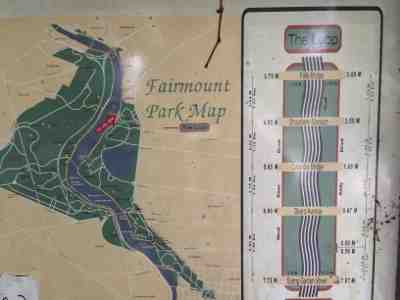 This map was photographed (poorly) at the Strawberry Mansion Bridge. The Forbidden Drive is actually not shown and to the north of this map.
I like the diagrams of the bridges over the Schuylkill. 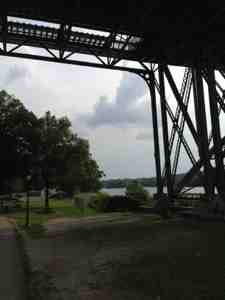 The best part is that they've now connected various parts of the Schuylkill paths so you can ride all the way to the center of town and beyond.

NOTE: I try to be spontaneous with these "where I am right now"posts but this one was edited quite a bit after the fact because cycling while blogging is a dangerous hobby.
Posted by Dug at 2:59 PM 1 comments

Labels: philadelphia , where I am right now 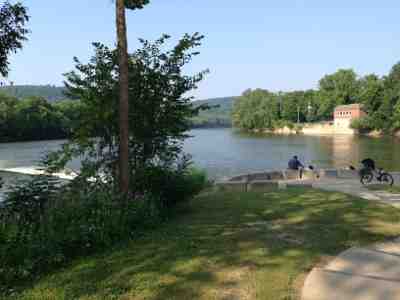 Labels: binghamton , new york state , where I am right now

Google's StreetView is expanding to new frontiers, like for example this car wash in Phoenix. 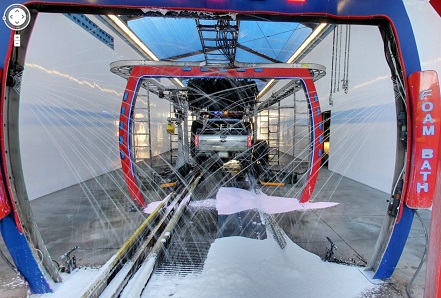 Using a backpack mounted device they can also go into narrow alleys and interior spaces such as Thomas Jefferson's Monticello. Note the nice map of Africa on the wall. 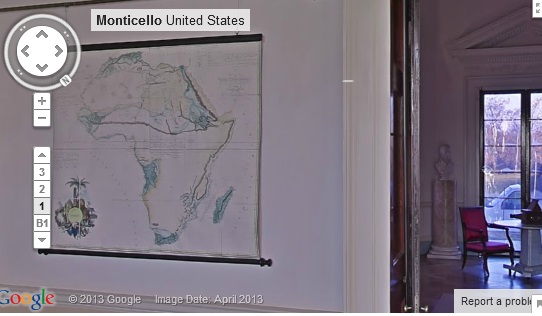 A zoom in reveals a little more detail but if you want to read it I guess you have to go there. 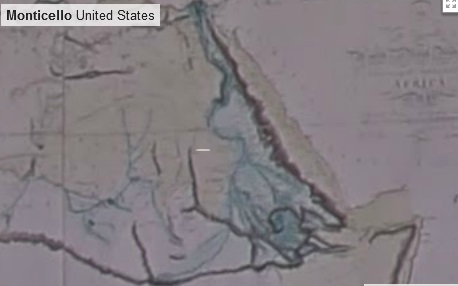 You can also visit the Mark Twain House and Museum in Hartford, Connecticut. You can tour the inside, 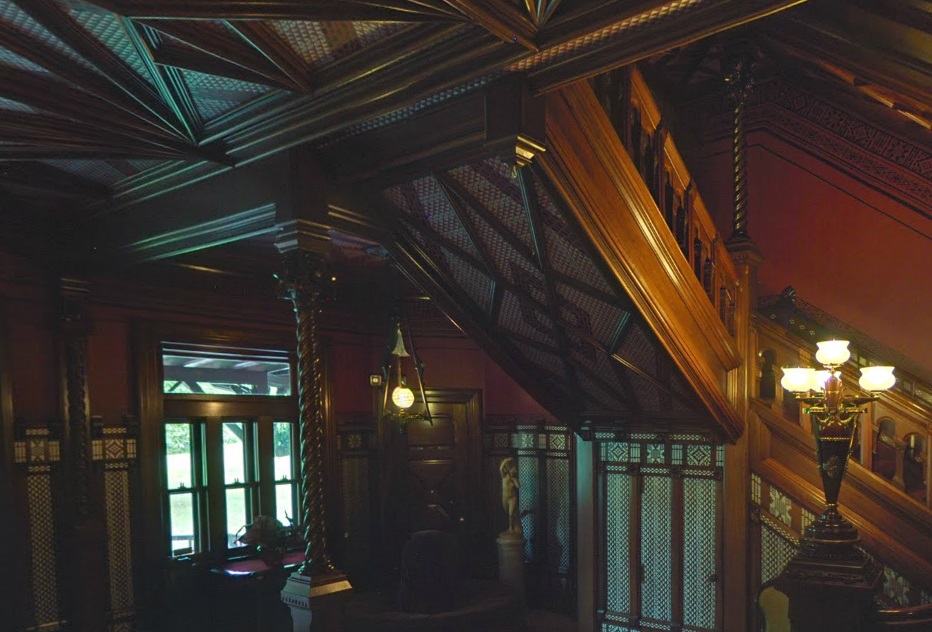 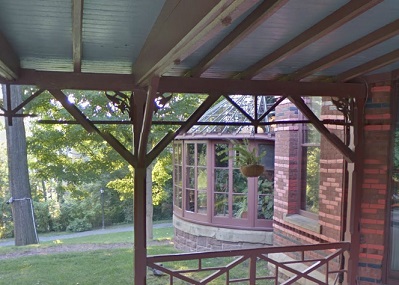 and even get the floor plans in the map view. 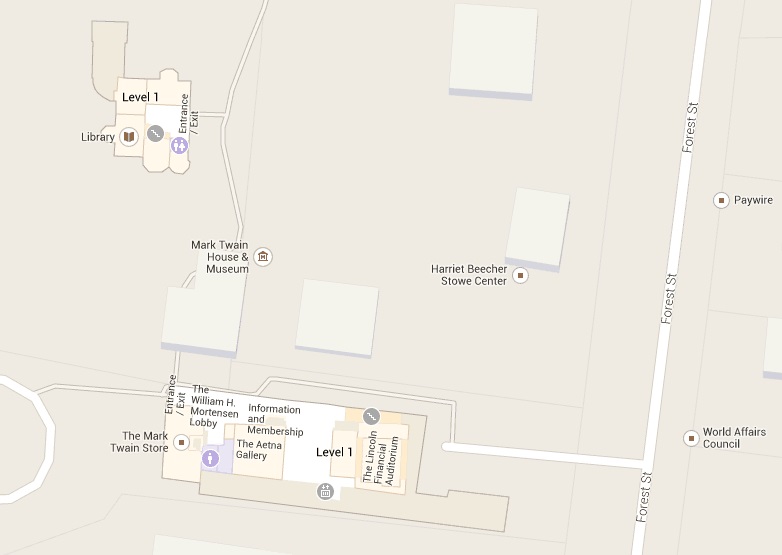 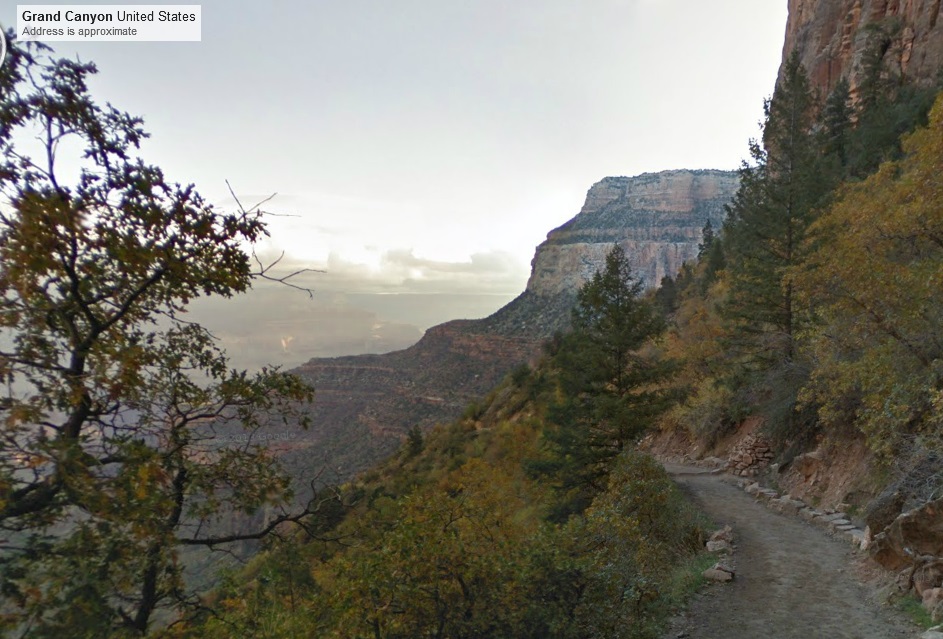 Hopefully the next stop is not our bedrooms!
Posted by Dug at 6:20 AM 0 comments

My mother in law has a mounted copy of this vintage grape crate label in her cabin in Naples, New York.

Naples (at the bottom of Canandaigua Lake) is in the heart of the Finger Lakes wine country. There is no date listed but the label is from around 1900 and according to the Antique Label Company "was lithographed during a time when lead, cobalt and other compounds were often introduced as a part of the ink used to make the images brilliant, vivid and colorful."
Posted by Dug at 12:14 PM 0 comments

This past week was the 150th anniversary of the Battle of Gettysburg. I know this from a commemorative glass I bought at a garage sale in Albany about 25 years ago. 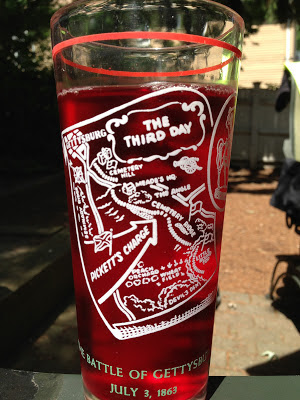 The glass shows the third and final day of the battle with Pickett's Charge prominently featured. A little cranberry juice really brings out the map's details.

For comparison, here is an annotated historical map from the Ken Burns Civil War film on the PBS website. 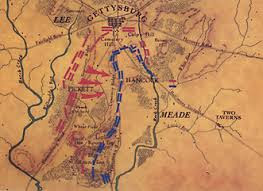 The higher level of context, accuracy and detail are nice but it doesn't have the same charm as my glass. Location: Gettysburg
Email ThisBlogThis!Share to TwitterShare to FacebookShare to Pinterest

The Yelp Wordmap has been making the rounds on numerous websites. There is a common spin about seeing "where the hipsters live" but there's much more to it than that. The map allows you to pick one of 14 cities and a number of search terms that appear in restaurant reviews. For example, the default choice; "hipster" in San Francisco. 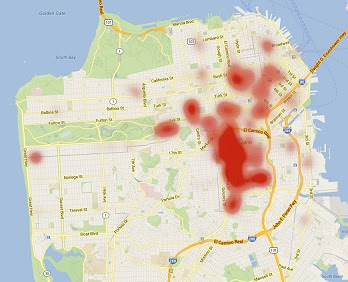 The term "noodles" gives you a good sense of where the Asian restaurants are such as in Seatlle's "International District" just south of the original skid row - now Yesler Way. 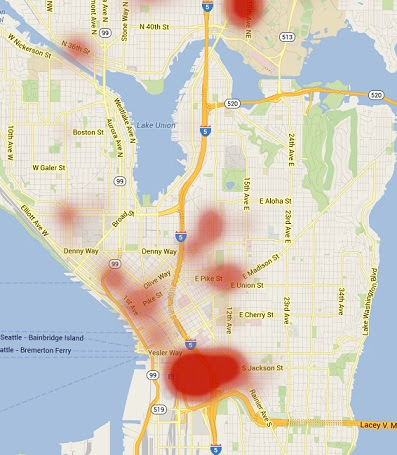 Many of the search words are the same but a few are customized for the city represented such as hoagies in Philadelphia. The biggest cluster is in the Italian Market area of South Philly but there are lots of other hoagie enclaves. Hoagies are traditionally associated with Italian-American culture and those settlement patterns are reflected here. 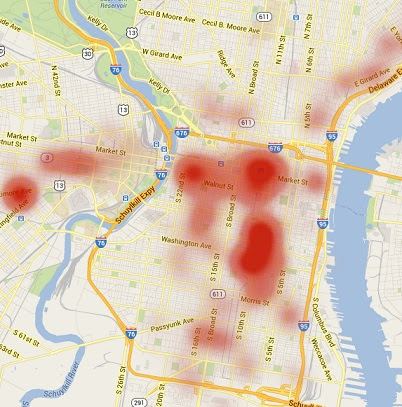 Unfortunately Yelp's information does not go far enough out from the city center to include the Tacony Hoagie Trail but this map will guide you there.

For a European perspective there are the brasseries of Paris. There is not really much of a pattern here because just about every neighborhood has its own brasseries. 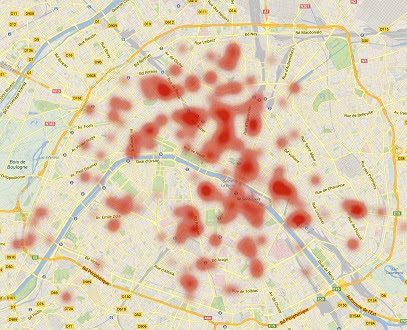 Choose a city and explore - or (depending on where you're from) be annoyed that Austin made the list while your much larger city didn't.