I missed this earlier in the year but 2016 was the 50th anniversary of "Freak Out!" - the first album by Frank Zappa and the Mothers of Invention. Early pressings of the album contained a fake ad for a "Freak Out Hot Spots Map" for visitors to Los Angeles. 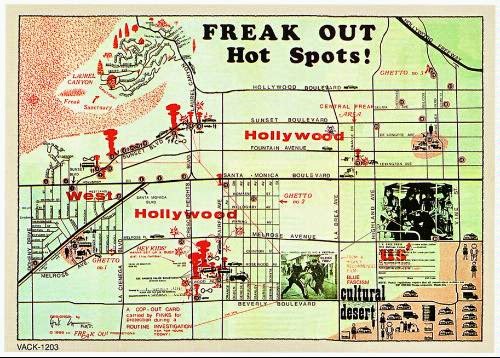 This map is an extremely rare collectors item and there are not many good images online. RecordMecca once had a copy, but it is listed as sold. Here's a more clear detail  from their page. 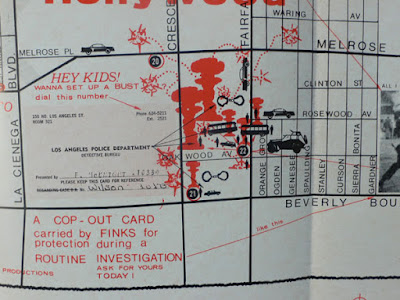 It is a basic street map annotated with popular restaurants and clubs as well as areas of police activity or in Zappa's words:


"where the heat has been busting frequently, with tips on safety in police terror situations."

Other details include the Freak Sanctuary in Laurel Canyon, various numbered ghettos and the cultural desert-an area that roughly corresponds to the Mid-Wilshire neighborhood but may be meant to include the rest of the LA metro area. Also, those weird symbols that look like chess pieces to me are supposed to be atomic blasts and they represent busts by the LAPD. A full listing of the numbered locations on the map can be seen in the Frank Zappa Newspaper.

A recent post on BoingBoing (via FoundSF) shows this map of ships buried under San Francisco's streets. 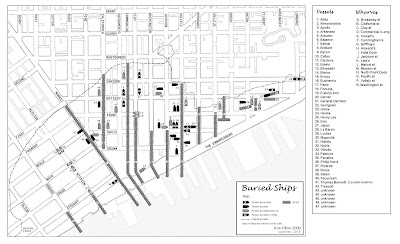 The area that is now the Financial District was once Yerba Buena Cove, a busy harbor teeming with ships during the Gold Rush. Many of were abandoned as the harbor began to be filled in. Recent construction projects have uncovered some of these ships. Here is an 1851 map from the FoundSF page showing the harbor being filled in. The original coastline is depicted as well as the old wharves. 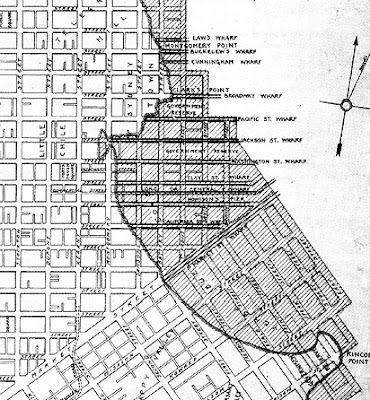 The original map is from 2000 by Roy Fillon. FoundSF does not give details about the source for Fillon's map but they do show a nice, retro-looking adaptation of the map by Sam Manera. 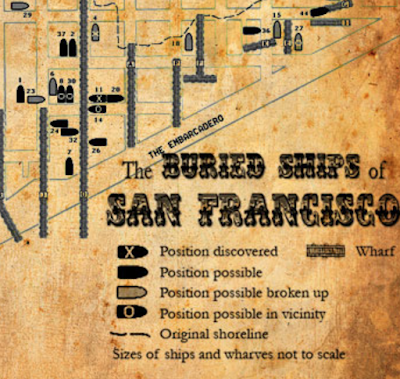 The FoundSF article includes links to pages about two of the ships that were converted to other uses, one as a hotel and another as a jail. 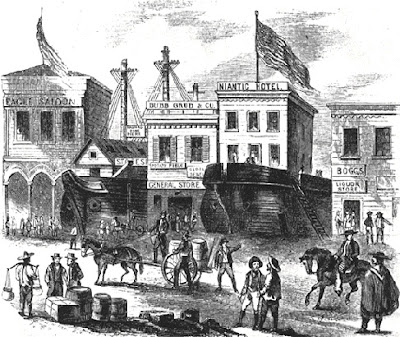 The CIA is Watching Elephants Too

The US Central Intelligence Agency (CIA) recently declassified a bunch of their maps. You can see them on their flickr page. The most strikingly unusual one is this map of elephant populations in Africa. 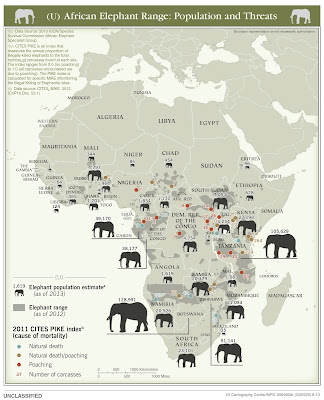 The map is dense with information, yet fairly easy to interpret. Each country is given a 2013 population estimate with an elephant sized accordingly. Elephant range is shaded in gray and places where dead elephants have been found are color coded by the 2011 CITES index-a ratio of natural deaths to deaths by poaching. Areas with heavy poaching have red dots. However, the map might benefit from proportional dots  - below the dot for the 31 deaths is the same size as the dots representing 1. 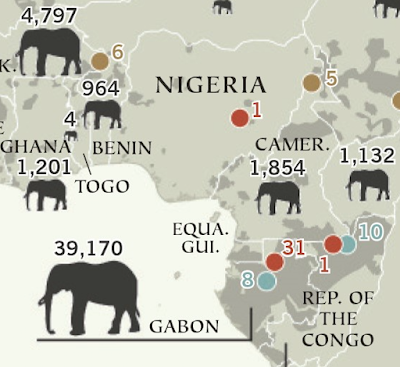 They also have a well done map showing ivory smuggling figures and destinations based on seizures. 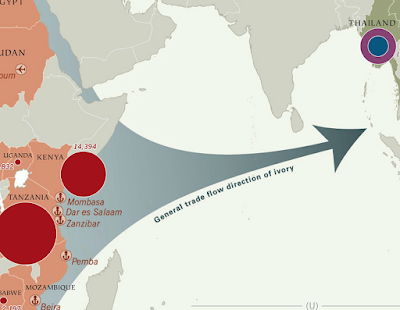