Map of the Week-Replumbing California

The April issue of National Geographic is devoted to water, specifically the growing scarcity of fresh water. Articles cover ways to acquire, conserve and protect fresh water, our changing climate and conflicts over water, from the local to the international level. There are various maps, including a fold out worldwide "mapping of every river system." Online content includes this interactive map of California's water system. The online map is synchronized to a legend that shows the length and volume of the man-made water conduits that bring water west and south toward the Central Valley and large cities. 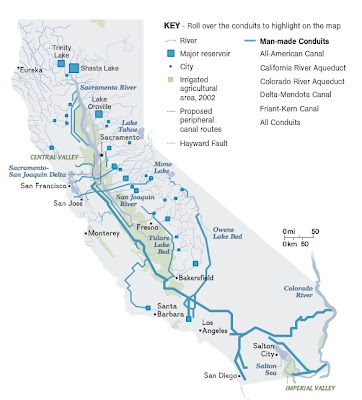 The article discusses the need to reduce the state's reliance on the Sacramento-San Joaquin Delta as a fresh water supply given that area's potential for salt water contamination and earthquakes. Without significant new conservation measures and better ways to transport water, the cities and farms of California will revert to the arid landscape that it was before these water projects were built.
Posted by Dug at 6:43 AM 0 comments

The New York Times has been producing some excellent maps lately. Here are some recent examples of their cartographic finery. 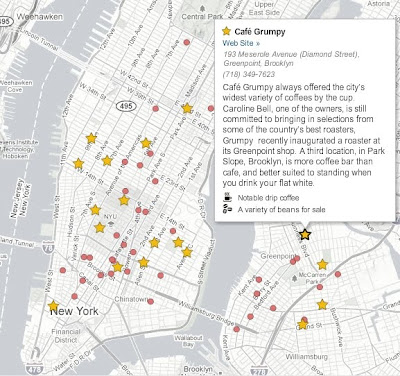 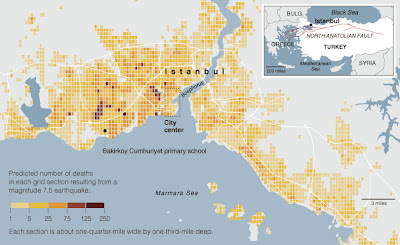 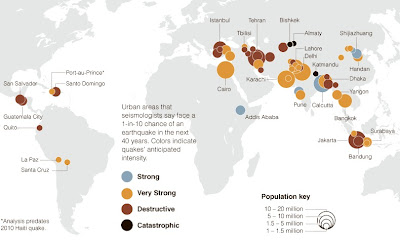 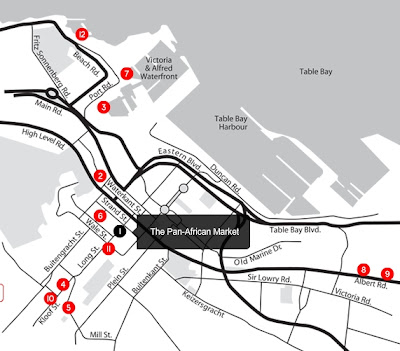 Finally, some Googly fun from the Abstract City blog 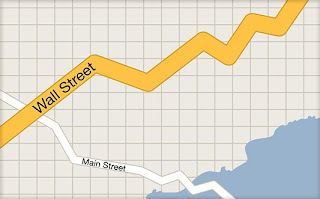 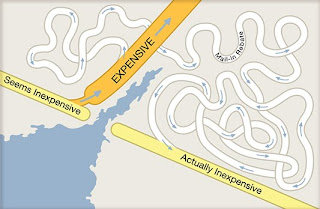 Map of the Week-More Underground Fun

Last year I posted the Music Underground Map. Since then I have come across quite a few Harry Beck inspired alternative views of London. Here are some examples.

First, a map of London's waterways using a Beck-like design. 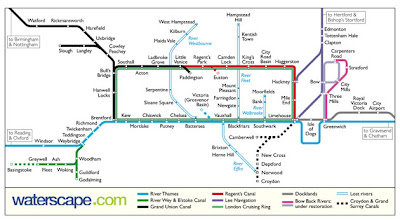 The map is from British Waterways although it does not seem to be available on their web site. I found it in this Guardian photo gallery.

For tourists, here is the Ultimate Uncluttered Tube Map. 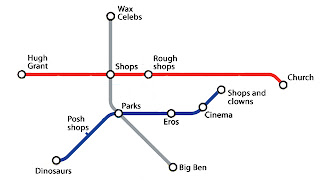 This map shows where to find the nearest toilet on the subway system. No station names or any other text, just the toilets! 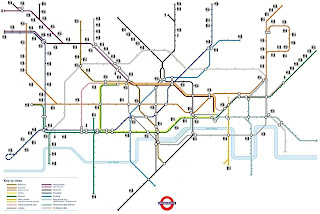 Similar to the waterways map is a Beck-like map of Great Britain's Motorway system. Here is a detail of the London area. 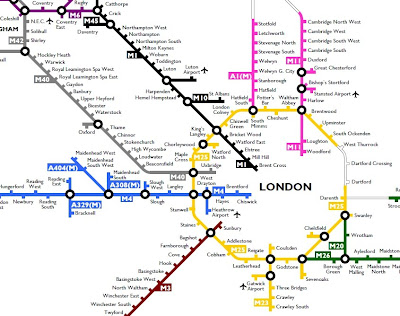 A web site called "Birmingham: It's not Shit" has a map of the Birmingham bus system based on Simon Patterson's Great Bear map. The Great Bear map named the Underground stations for famous people and categorized the lines by scientists, comedians, saints, philosophers, etc. The Birmingham version is called the Great Bull (named for the Bull Ring commercial district) and the stations are named for Brummies (people from or associated with Birmingham.) Birmingham is located at the upper left of the motorway detail map where the gray line meets the purple - unfortunately the name got chopped off when I edited the photo.
Here is a detail from the Great Bull map and legend.

The 2012 Olympics are coming to London. Here, the Tube Map is redesigned as the Olympic rings. 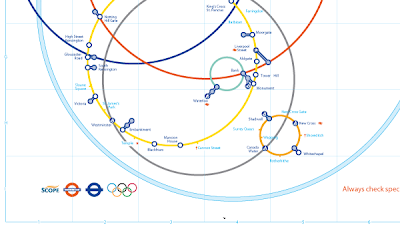 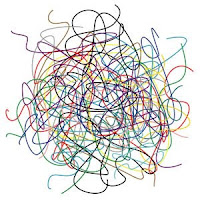 Finally, I leave you with this "distinctive interpretation" from artist David Shrigley.
Posted by Dug at 12:22 PM 1 comments

Map of the Week-GPS Art

GPS Adventures has just opened at the Maryland Science Center in Baltimore. This is a life sized maze exhibit that introduces visitors to GPS and geocaching. In honor of the exhibit here are a couple of profiles of GPS-obsessed artists - people that create art from the tracks of their GPS units.


Jeremy Wood is a British artist and cartographer with a GPS Drawing web site. Here is a pentagram drawn from a series of consecutive flights beginning and ending at London's Stansted Airport.

He also leads GPS art workshops at schools, museums and festivals. Here is a map from a festival in Basel, Switzerland where participants spelled out the name of the city on the lower part of the map.

One day, he decided to enjoy a drink at the John Snow Pub in Soho. The pub is named after Dr. John Snow who produced the famous map that traced the 1854 cholera outbreak to a water pump just down the street from the pub. While there, his bag was stolen. His GPS unit was still in the bag and running. When the police returned the bag, he got back his unit and had a souvenir of his bag's travels. Here are the tracks of the stolen bag, overlaid onto John Snow's cholera map.

Over in San Francisco graphic designer Vicente Montelongo has created a series of GPS trail by bicycle in homage to the 8-bit video games of yore. Here are a couple of drawings reproduced for SF Weekly's "The Snitch." On the left is Space Invaders and on the right, Pac Man. 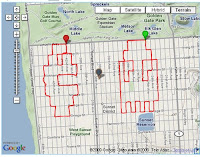 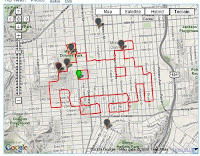