A hundred years ago a thriving black neighborhood of Tulsa, Oklahoma was destroyed by a white mob. The New York Times has done an excellent job of recreating what was there piecing together old maps, photos census records and other archives to create maps and a 3D model.

This is a "scrollytelling" piece - you scroll through the page to get a tour of the neighborhood including 3D buildings, pictures and maps. 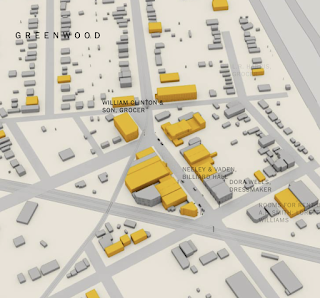 The screen shot below illustrates the extent of the damage - only part of the map is shown here, for the entire map and text go to the article. 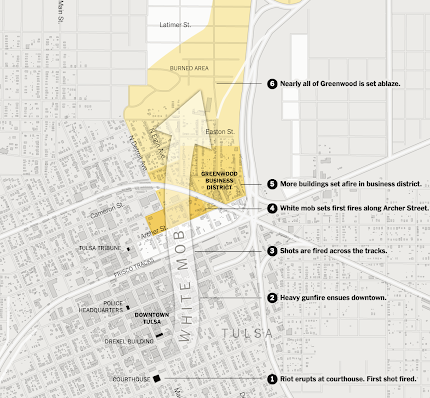 This Sanborn Insurance Map from 1915 - via the Library of Congress gives some idea of the character and prosperity of the neighborhood before it was destroyed. 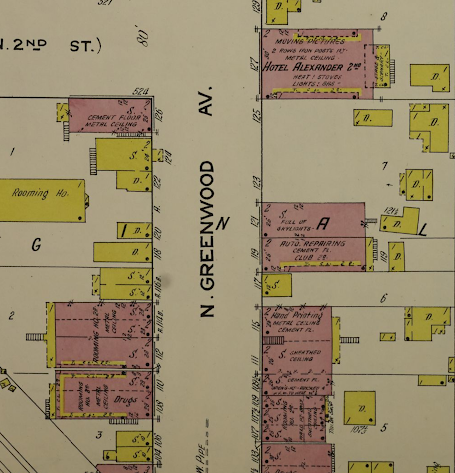 While much of the neighborhood was rebuilt and thrived for a second time, it was destroyed again, this time by urban renewal. An aerial photo via Google Maps shows a neighborhood of expressways, parking lots, empty land and a baseball stadium. 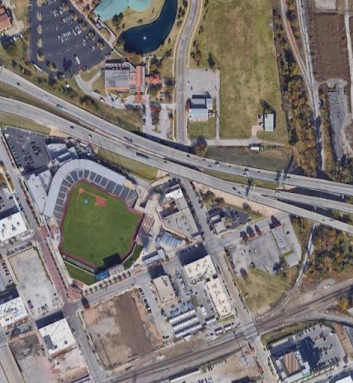 To take the tour visit the New York Times. There is also a detailed map (featured previously here) from the Tulsa World.
Posted by Dug at 7:45 AM 0 comments

I took a bike ride with a friend the other day to Horn Pond in Woburn, Massachusetts to watch the Herring make their annual journey upstream to spawn. They swim upstream to lay and fertilize eggs in freshwater streams and lakes and then return to the ocean. The young grow and mature in fresh water and then head out to the ocean in the fall.

There are several dams blocking their passage but there are also fish ladders up to the dam at the south end of Horn Pond. There is a narrow passageway up this dam. We talked to some watershed association volunteers who were counting fish and they were hoping to improve the passage into a more formal fish ladder. As it is now many fish get stuck under the impassable part of the dam. While we were there two people came with large nets and were scooping huge numbers of fish from under the dam and tossing them into the lake above the dam.

Here is a video I took of fish waiting to climb up to the pond.

On the way back we stopped at the fish ladder at the Center Falls Dam in Winchester which has some informational displays including the map above. Unfortunately because of the grate covering the ladder you can't really see the fish. Here is a map of the entire watershed via the Mystic River Watershed Association. 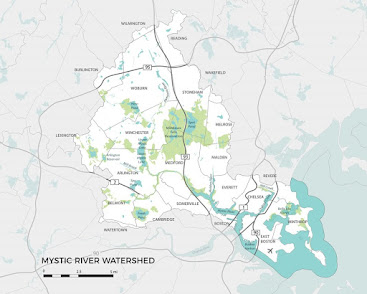 In the next few weeks Brood X cicadas will emerge from underground as part of their 17-year life cycle. They will fly up to the trees, mate and from my childhood memory, make a ton of noise. This charming 1919 map from the US Department of Agriculture, Bureau of Entomology shows the distribution of this brood then - via Cicada Mania. 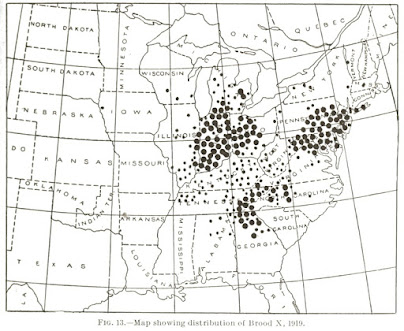 The University of Connecticut has an updated, interactive map showing a very similar distribution. I guess they don't like the northern Appalachians. 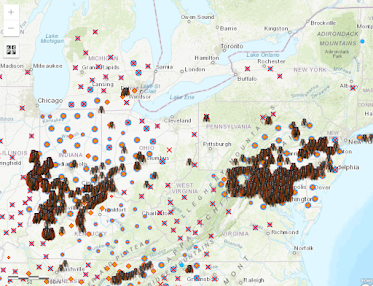 The large cicada symbols are verified records while the smaller ones have a lower degree of certainty. 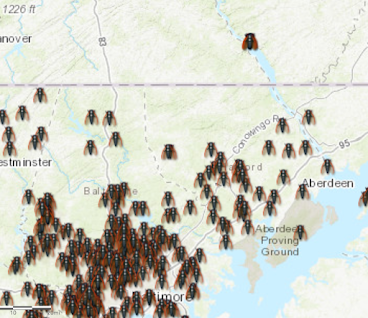 A huge swath of the country is about to get noisy!

Labels: nature will kill ya

Not to be confused with the Lindgren Brothers maps (one is featured on this blog post) this "hysterical map" predates them a bit. 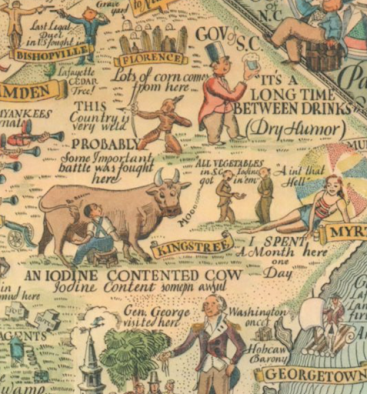 This map was drawn by Irving Geis (born Geisburg), a New Yorker with family roots in South Carolina. He spent time in that state as an art student before becoming a scientific illustrator. The map first appeared in the 1932 edition of the University of South Carolina's yearbook. The above image is from a much later third edition. The original had less color but more prohibition jokes - note the liquor bottles lining the 12 mile coastal limit.

Like the Lindgren maps, these maps are full of puns and caricatures that might not hold up very well today. I'm not sure what the Iodine issue is in the image at the top but it was in the cows and the vegetables. Some nice touches include the magnetic/pathetic north arrow, 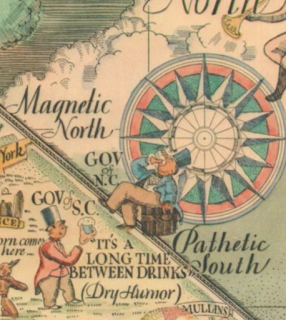 the ancestor worshiper, "not dead (unfortunately)", 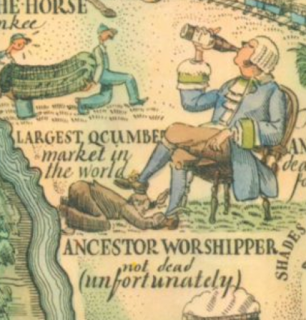 and the non-angel in the upper left corner. 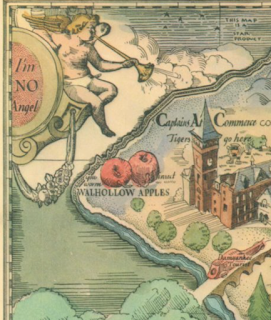 The scale of the map is listed as 5 miles to the gallon and the politicians are sleeping outside the Capitol Building in Columbia. You can view the third edition here.

It is not clear how much the Lindgren Brothers may or may not have taken their ideas from this map but they are very similar-as seen here. 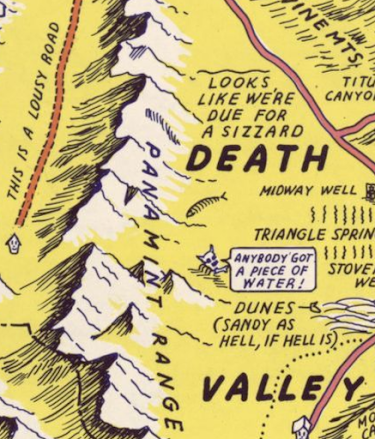