25 years ago the city of Sarajevo was under siege. This map shows tanks, targets, tunnels and paths to avoid snipers. 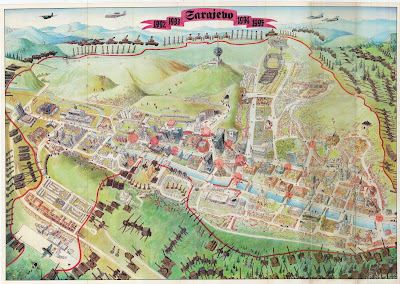 The Siege of Sarajevo was the longest siege of a capital in modern warfare lasting over four years. Almost 14,000 people were killed.

Here is a detail of the major road, Zmaja od Bosne, aka "Sniper Alley" 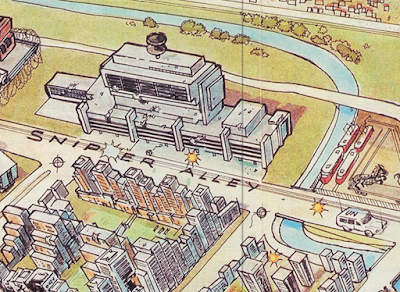 The map is mostly encircled with a red line marking the line of control of the Serbian army. The line is broken up at the airport which was under UN control. A tunnel on the far side of the airport linked the city to other areas of Bosnian control. This tunnel is preserved as a museum. 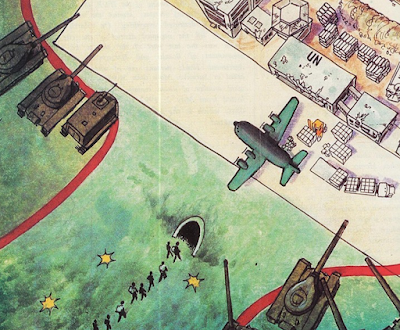 One final detail shows the chaos that existed in the city center. 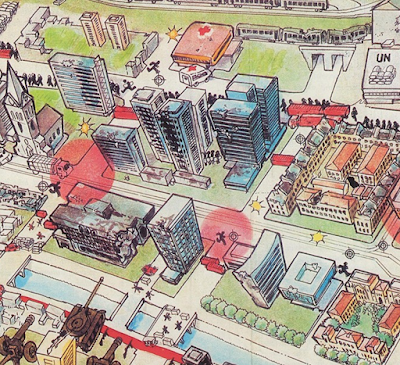 To browse the entire map at high resolution click here

Location: Sarajevo, Bosnia and Herzegovina
Email ThisBlogThis!Share to TwitterShare to FacebookShare to Pinterest

Despite the remarkably little press the massive wildfires in California are getting here in the eastern United States, the best sources for maps are from the New York Times and other non-California news organizations. The Times has a fantastic video of the smoke plume over the past week. Unfortunately the code they provided to put it below did not work so here is a small piece of it.

You can see the entire country here - scroll down the the end of the page. Some of the smoke plumes are shown traveling completely across to the Atlantic Ocean.

Popular Science has a great map showing five years of fires-updated to six including this fire season. 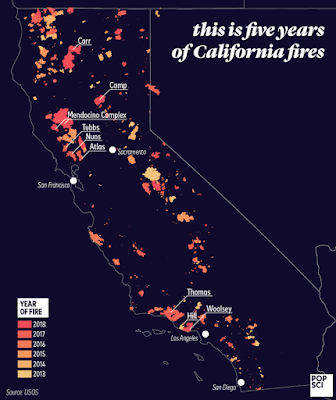 The best map I've seen showing the current conditions is from the BBC. 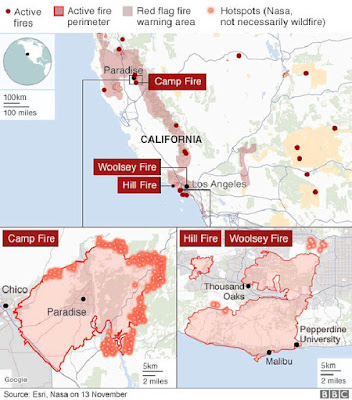 The Los Angeles Times has a great graphic (via DigitalGlobe) showing the Woolsey Fire near Malibu. To see some zoomed in views showing specific houses that were destroyed click here. 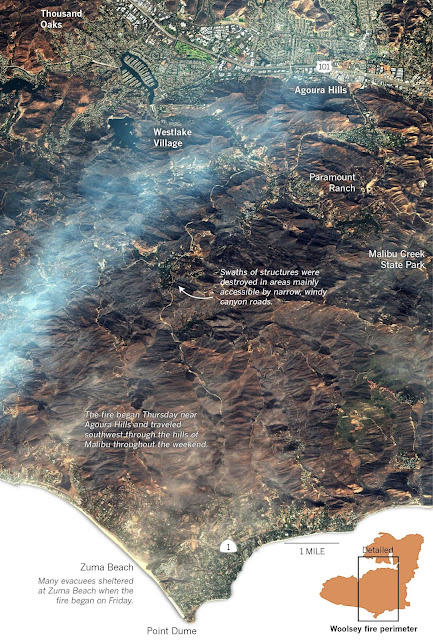 Global Hip Hop is an interactive globe that lets you travel the world of rap music.

Choose a city or country and pick an artist to listen to. 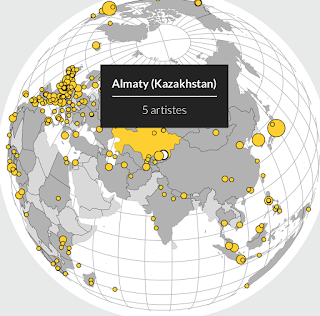 The music is in the language of the country but the time period and styles are all over the place. It's interesting to see how some artists use elements from their local culture while others sound like rap music everywhere. I'm not sure how they was chosen but there you can suggest your favorite music. One of the authors is Jules Grandin who was featured here previously with ThingsMaps.

All Over the Map Book non-Review

For those of you directed here by TLC Book Tours, there will be no review of All Over the Map today because I have not yet received the book. Books are arriving very late, possibly due to and industry printing backlog. 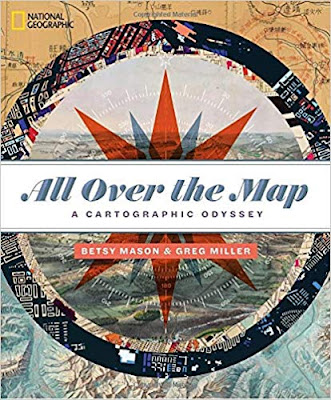 The cover looks great, but I have been told not to judge a book by its cover. I will post a review shortly after receiving the book. Stay tuned.

Armistice and Occupation Map of Germany

A hundred years ago the armistice was signed ending World War I. One of the more interesting maps showing the situation at the time is from New Zealand History. 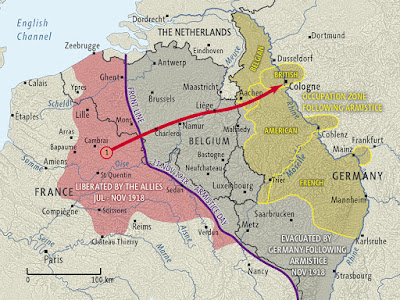 The front line on Armistice Day is shown in purple. The gray area to the east was evacuated by Germany after the Armistice was signed. Yellow areas are parts of Germany that were occupied by Allied Forces. Germany was given two weeks to evacuate the gray area and four weeks to withdraw their forces across the Rhine. Lands to the west of the Rhine were occupied as shown as well as three 30 km zones around the bridges at Cologne, Mainz and Koblenz. These areas were to be occupied for 15 years according to the Treaty of Versailles. However, the occupation was ended a little early,  in 1930.