Ten years ago Hurricane Katrina slammed into the Gulf Coast destroying much of New Orleans. This extremely colorful image shows the depth of water at the height of the flooding. The colors are a bit counterintuitive for water depth (blue is one of the low water depth colors) but it still works effectively. 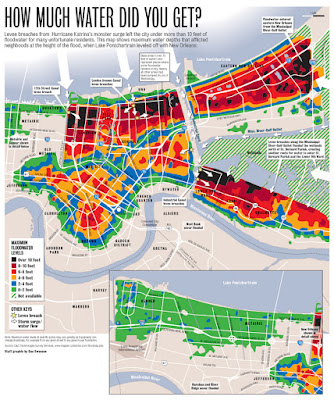 Also shown are levee breaches and arrows indicating the direction of storm surges. The peculiar geography of New Orleans with its levees protecting areas below sea level means that unlike just about everywhere else, the elevation is higher in the waterfront areas. That means the inland parts of the city are more susceptible to flooding. The map is by Dan Swenson and was originally from the Times-Picayune. The large version can be seen here.
Posted by Dug at 5:30 AM 0 comments

I have no idea what the Japanese text says, it could be deeply offensive for all I know. In fact, I know almost nothing about this map but I love the weird geography of it. Especially Michigan. 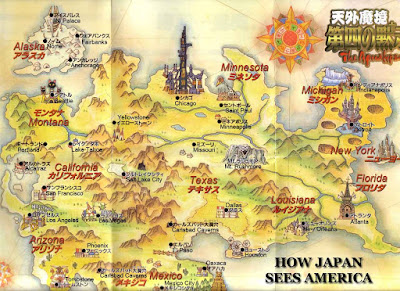 According to my best sources, it has something to do with gaming, specifically Far East of Eden: The Fourth Apocalypse. The original source is from the Yukihime site, which does not load for me.

One of my readers, a student at UNIGIS Krakow sent me this video showing the growth of rail transit in Warsaw.
If you want to open it in a separate window here is the link.
Below are a couple of still frames, they show not only the growth of the rail lines, but also the expansion of the city's boundaries. 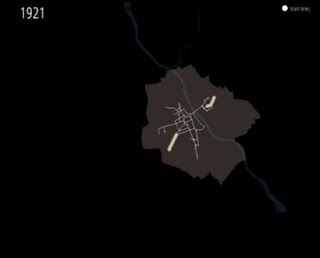 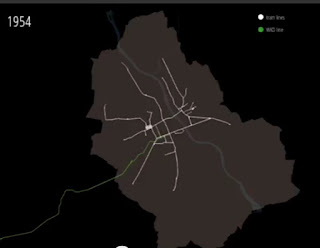 The white lines are street trams. Green is a commuter rail line and red is subway. Much of the expansion has happened in the last 10 years with the rapid development of the SKM urban rail - the orange lines. 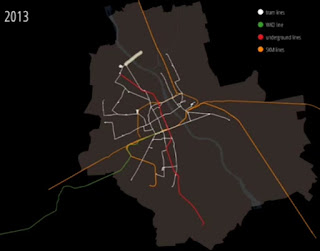 Here's a map of the SKM system. 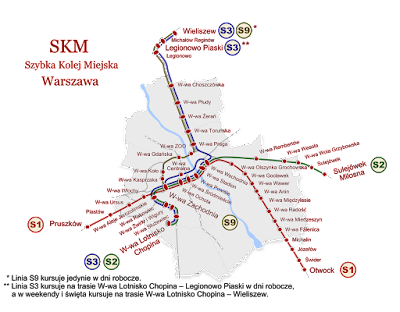 The video was created using QGIS Time Manager software. The credits listed on the video are worth repeating here.

During work on the film, authors based on datasets created by Magdalena Trzebiatowska, OpenStreetMap project, TRASBUS and TRAMWAR websites archive and GIS data shared by Geodesy and Cadastre Office of the Capital City of Warsaw.

This film is a result of „group project” realized during the UNIGIS Krakow study program (more at: http://krakow.unigis.net), and was made by UNIGIS students: Jakub Bobrowski, Joanna Gosztowtt, Paweł Hawryło, Jacek Kuskowski and Kamil Onoszko under the supervision of a UNIGIS tutor - dr Małgorzata Luc.

If you look any of this up on Google Maps today, you might find that the Vistula, the main river in Warsaw has dried up. I hope they get their water back soon. 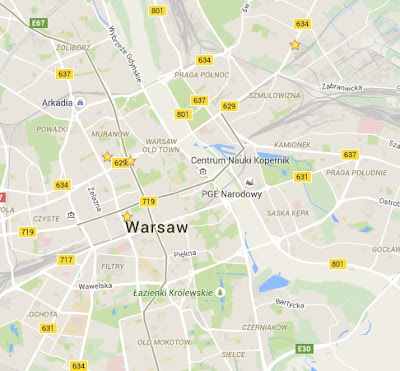 A Compendium of Hand Drawn Goodness 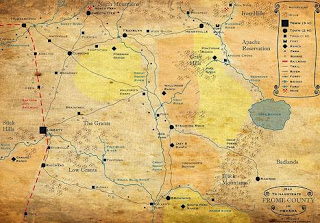 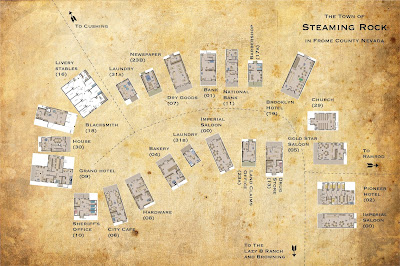 Map to the StrikeKing Bowling Alley in Mishor Adumim, an Israeli settlement east of Jerusalem. 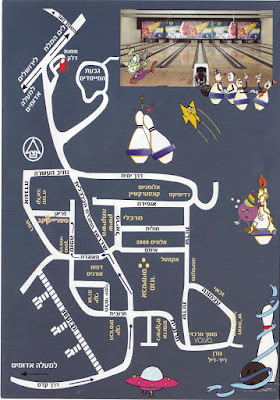 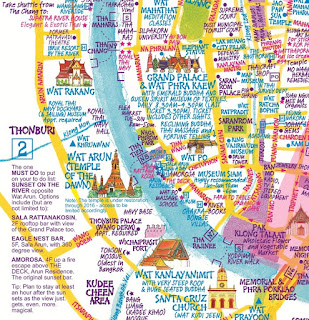 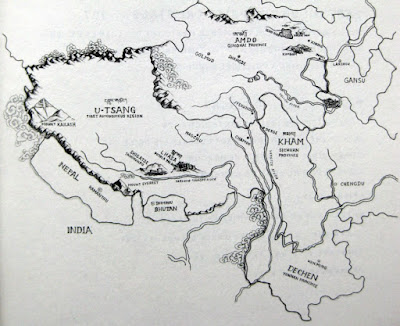 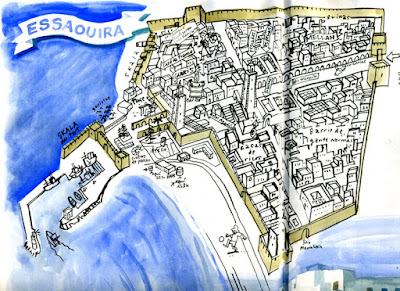 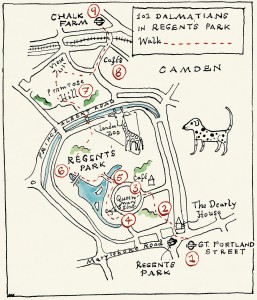 Maycomb, Alabama Harper Lee's fictional town from To Kill a Mockingbird and Go Set a Watchman 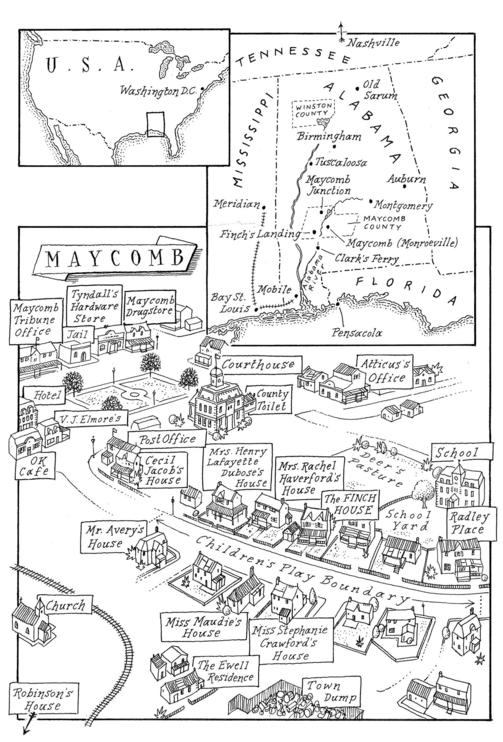 Sobha City - a Mediterranean themed community outside of Bangalore, India - located about here 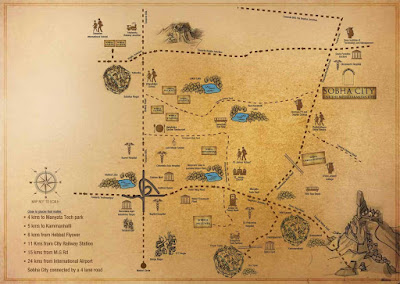