U.S. Naval Officer Matthew Fontaine Maury developed wind and current charts starting in the 1840's. They helped save shipping companies millions of dollars and avoid losses of life and cargo by giving sailors critical information about wind and current patterns.

As director of charts for the Navy, Maury had access to decades of ships' logs. These logs included routes and weather conditions. During the California gold rush these charts helped shorten the trip from New York to San Francisco by 40 days or more. 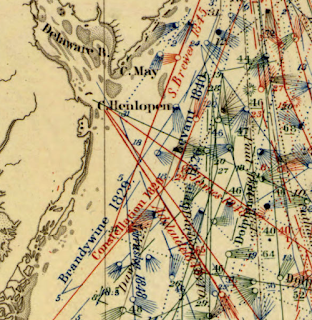 The length of the arrows denotes the strength of the current. Colors indicate the season of each track. The dots represent wind speed as indicated in the legend below. 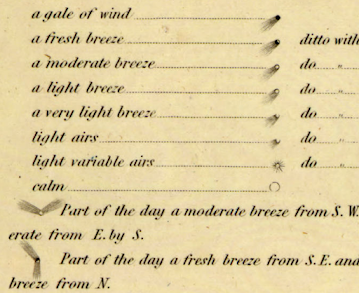 Here is a detail of the mouth of the Rio De La Plata from one of his South Atlantic charts.

Maury went on to map the Pacific and Indian Oceans, monsoon patterns, ranges of the sperm whale and discovered an undersea plateau that could be used for laying the first transatlantic cable. More on his life can be seen in this PBS American Experience article.