The Changing Geography of Wakanda

Black Panther is a huge Hollywood hit set in the fictional country of Wakanda. The lead character has been through many iterations since his first appearance in Marvel Comics in 1966, as has his country. Wakanda is the most scientifically advanced country in the world. Isolation has enabled it to resist colonization and to develop its own independent technology.

The first map, from Jungle Action Volume 2 #6, shows the Atlantic Ocean in the lower left placing Wakanda near the west coast of Africa. 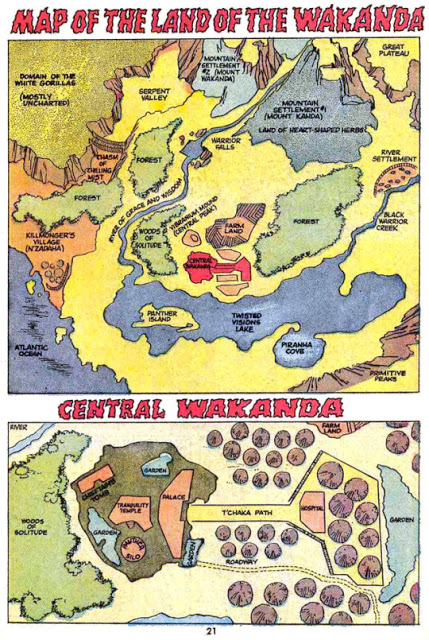 A couple of episodes later the map was re-presented "with new details." The Atlantic Ocean was removed, probably to place Wakanda more in East Africa. Killmonger's Village is no longer a coastal settlement. There is an arrow in the bottom left of the map pointing to the Indian Ocean. There is speculation that they "flipped" the map (south is now up). 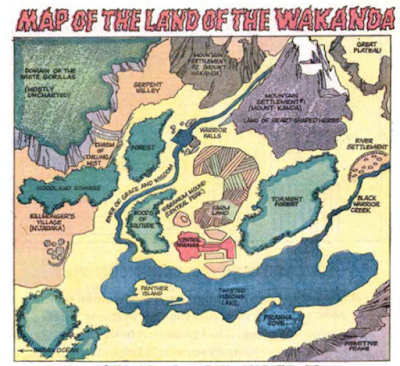 This became the definitive version of the map for decades. In 2008, Marvel published its Atlas of Fantastic Places giving a precise location of Wakanda and neighbors between Ethiopia and Kenya. 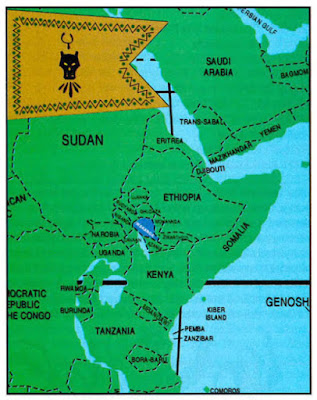 In 2016, a new version of the comic was written by Ta-Nehisi Coates. He drew a couple of new iterations of the map placing it on the western shore of Lake Victoria. 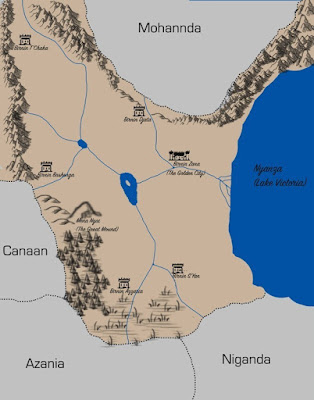 The map above was created in Photoshop. Coates discusses his process in this article from The Atlantic. A later, more detailed version was done by Coates and Manny Mederos. 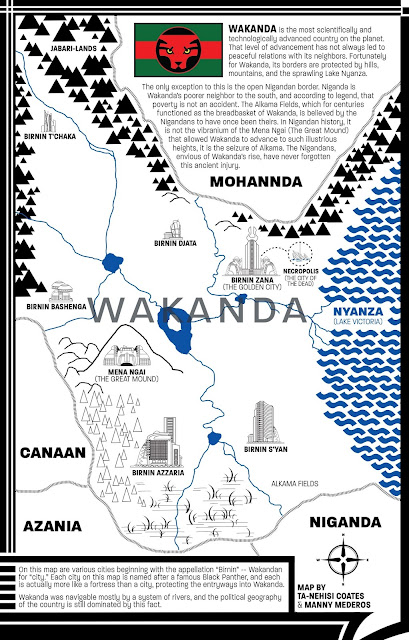 In the recent movie Captain America: Civil War, Wakanda appears to the northwest of Uganda, close to the location from Marvel's atlas. Here is a screenshot via comicbook.com

The current movie has it slightly to the southwest of the Coates map bordering on Rwanda's Lake Kivu. The image below is from Marvel's Black Panther: The Art of the Movie

Location: Somewhere around here
Email ThisBlogThis!Share to TwitterShare to FacebookShare to Pinterest

I'm actually presenting on Wakanda at AAG this year - I had noticed the removal of the ocean partway through the Jungle Action comics, but hadn't seen a couple of these. It makes sense for an imagined place that has been all but invisible and cloaked from the outside world to never be found in the same place twice!