While watching a documentary on PBS about the Woodstock Festival on its 50th Anniversary, I noticed an intricate site map. The site was spread out and I imagine one could get lost easily-especially if under the influence of drugs or alcohol.
This appears to be an official map - via the Woodstock Preservation Archives. 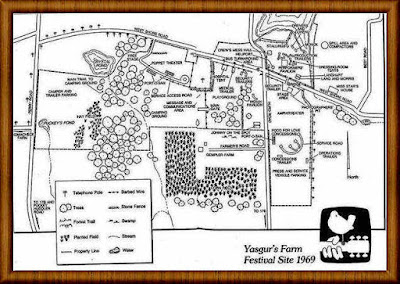 I dig the legend - it's groovy! Also, good to know where the barbed wire is. 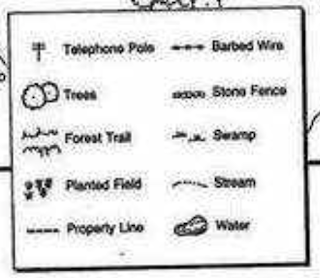 Here is another map that was used at the festival.It came from an underground magazine called "Rat" and is available at WorthPoint. 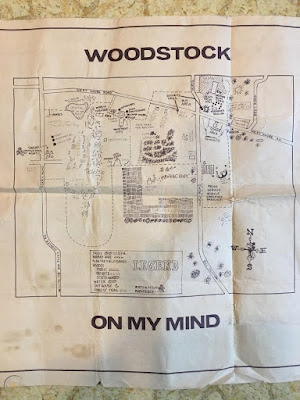 The map has a "Survival Guide" printed on the side and many nice details, 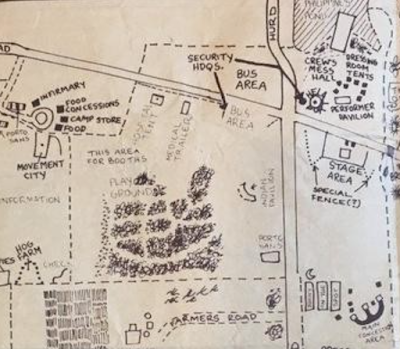 in addition to another carefully done legend. It even shows the outhouses though that may be a generous description of the porto potties on the site. 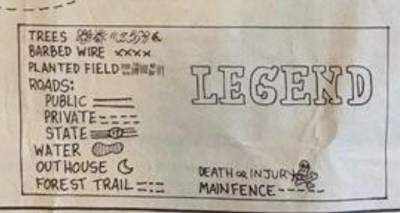 Finally, here is the cover of the East Village Other showing a nice, fanciful map of the area and some nice psychedelic details like birds with instrument heads and women being squeezed out of Gleem toothpaste tubes - via Barron Maps. 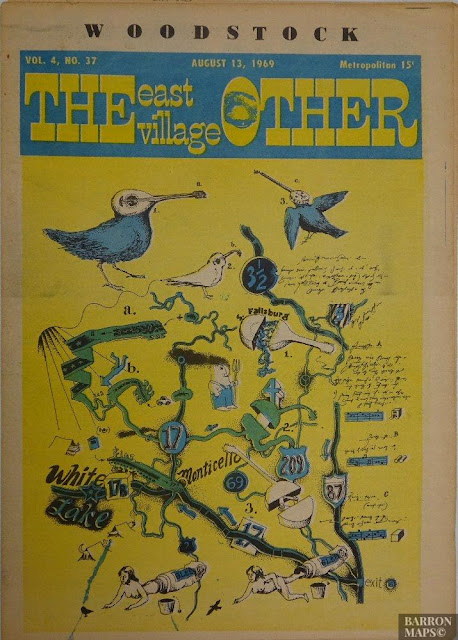