I found this pictorial map on sale as a poster. It's an ambitious expansion plan of the Boston Electric Railway Company from 1945. 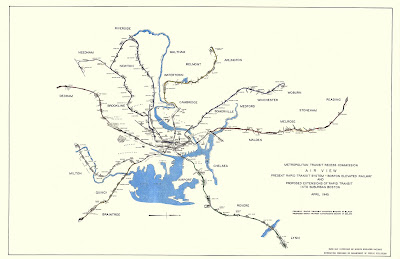 The map is full of nice pictorial details of station layouts, road configurations and some buildings. Black lines were existing railways, some of which are gone today like the Washington Street elevated line. 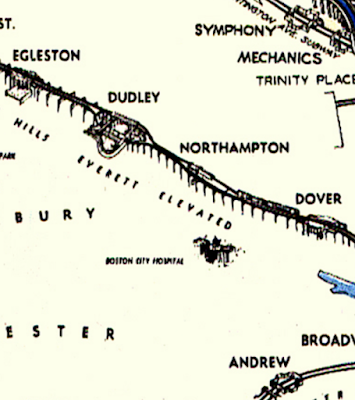 Colored lines are proposed extensions, some of them have been built as either subway lines, commuter railroads, or a combination of the two. Here is the Airport-Lynn extension part of which is now the MBTA Blue Line. 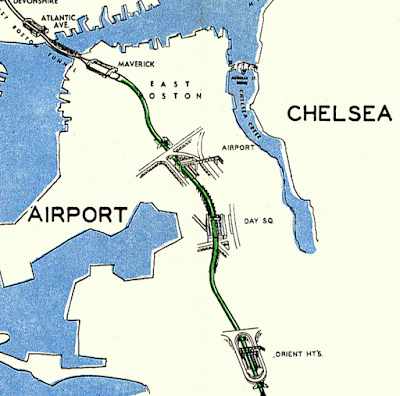 Notably not built is the East Watertown-Arlington line that would have stopped a couple blocks from my home. However,  a commuter line did serve the Arlington section as well as Lexington and Bedford. This line gradually declined and was finally knocked out by a snowstorm in 1977. Today it is a bike path. 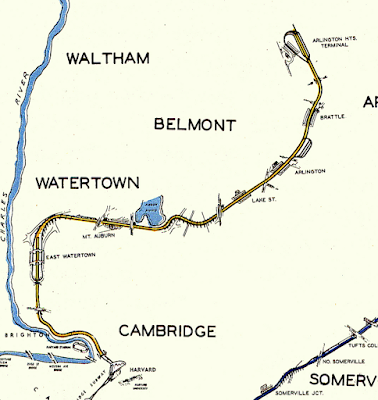 Not shown is the 1980's extension of the Cambridge Subway, now the Red Line.
Parts of this plan are still being built such as the Green Line extension through Somerville. 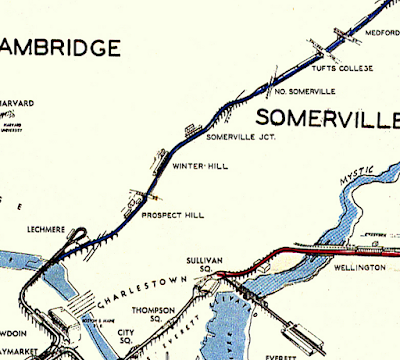 This map can be purchased at the MBTA Gift Shop.
Posted by Dug at 6:21 AM