In addition to all the other problems of 2020, it was also a record setting year for natural disasters in the United States and worldwide. In the U.S. there were 22 weather and climate disasters with losses exceeding $1 billion. The previous record for this scale of loss was 16 in 2011 and 2017. These disasters also caused 262 deaths. Here's a map from NOAA. 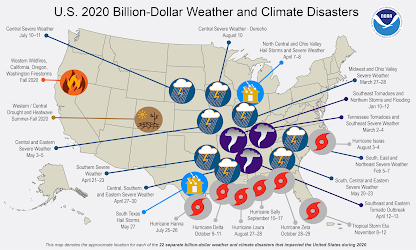 Climate Central has maps showing number of disasters by state (this is all billion dollar events since 1980), 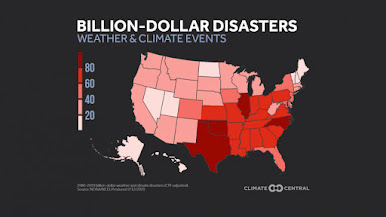 and more interestingly by type, though they should have picked a more clearly distinct color for TROPICS. 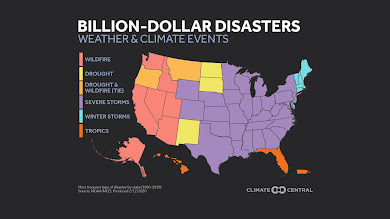 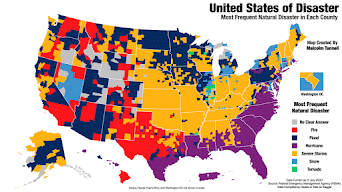