Here are a few maps to illustrate the recent arms buildup on the Ukrainian-Russian frontier. 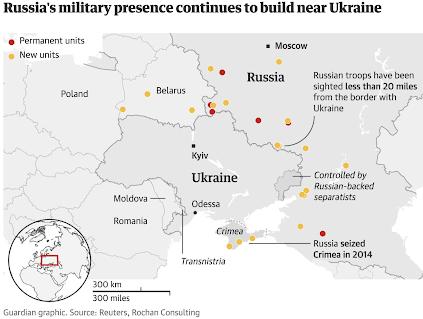 This, from Reuters via The Guardian shows new military units in orange. Switching the orange and red would have made more impact. The article describes the buildup as insufficient for a full scale invasion, and one more likely to result in a more focused attack on the eastern regions of Donetsk and Luhansk, possibly targeting the port city of Mariupol. 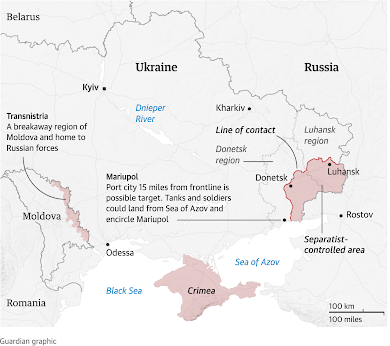 This is a map from last month via Foreign Policy. I have cropped it to better fit this window. The whole map can be seen here. 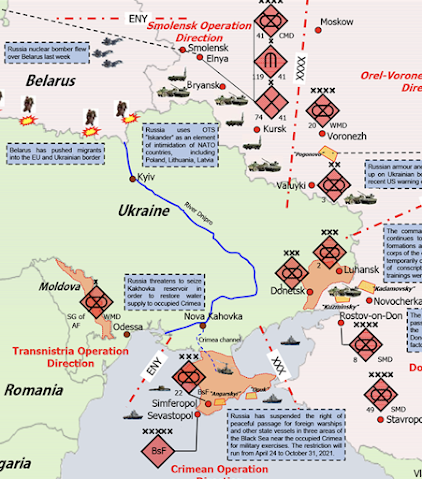 There is no legend but the reddish color of the diamonds refers to "hostile" units, the X inside oval refers to combined infantry and armored divisions and the number of x's refer to numbers of units. The map is from a "Ukrane Defense Official". There is a good page of NATO military map symbols on Wikipedia that summarizes several hundred-plus page pdf's.