Last week I was at the New York Public Library Map Room and asked to see this rubber terrain map that was featured on their Instagram page in 2018. 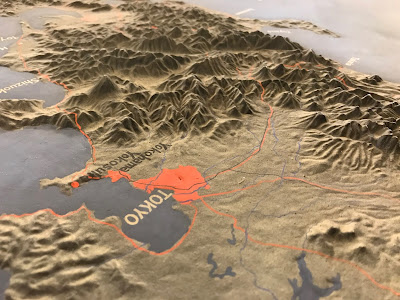 I was surprised that it was n fact available for public viewing and that they were willing to fetch it for me and even let me (very carefully) touch it. They brought it out in a huge box that took up almost half of one of their large tables. 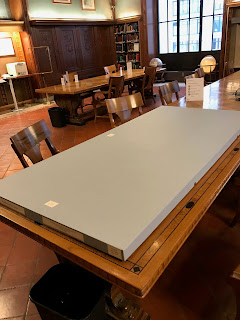 Below is the magic that awaits when you open the box. 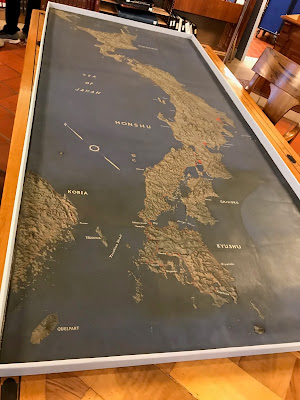 It caused quite a stir as many visitors in the room began circling the table for their own looks. Here are some close up pictures from my phone. 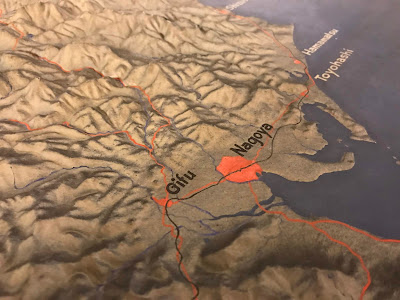 This map is dated January, 1945 and was created by the Office of Strategic Services (predecessor to the CIA)'s Topographic Models Section at the height of the war with Japan. According to The Mapmakers Craft: A History of Cartography at CIA, many models were made from plaster. I'm not sure why they chose rubber for this one or even how it was done-possibly melted into a plaster mold? I have not been able to find much information on this map. Here are some more topographic details.

The line from Otaru to Sapporo and on where Hokkaido suddenly gets flatter. 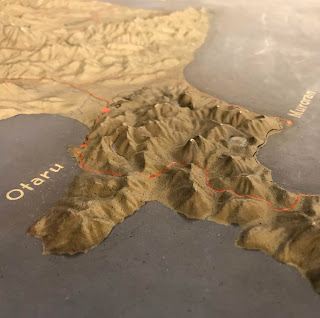 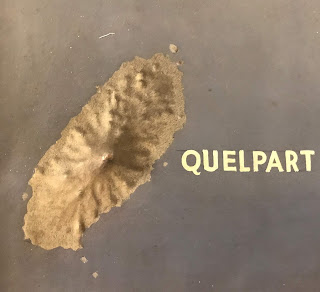 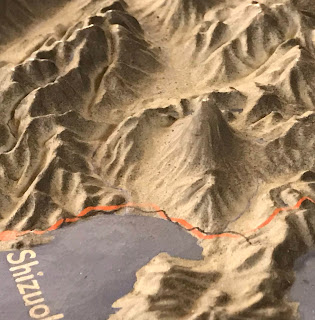 Tokushima on Shikoku island with the Yoshino River valley making a deep cut in the land. This picture and the next one I took for another perspective on the Seto Inland Sea, featured in a recent post showing a 20 ft long scroll map that I saw at the Osher Map Library. 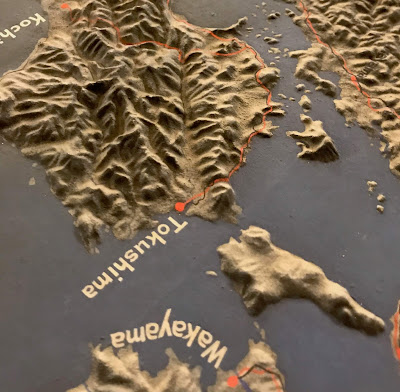 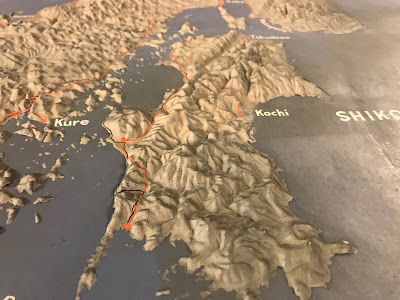 Finally, a look at the ancient capital Kyoto and the modern Osaka-Kobe metropolis. 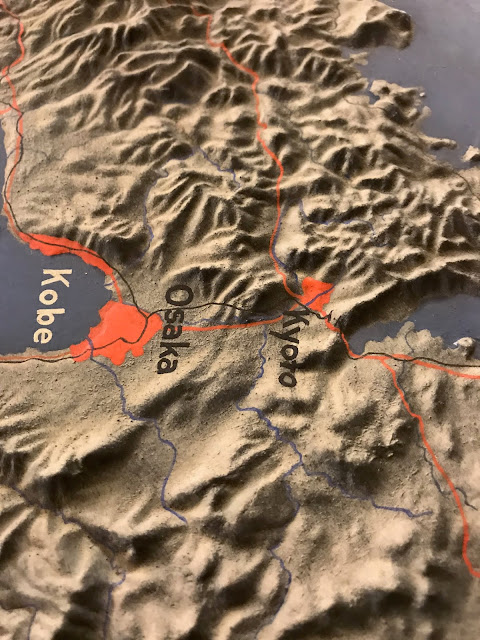