Here’s the final group of maps! 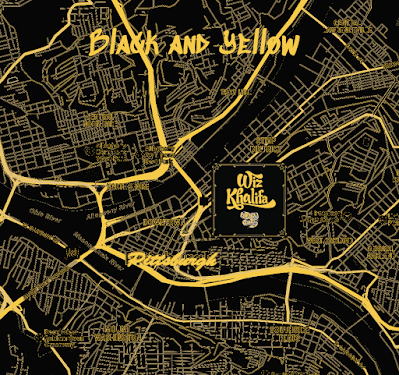 When I saw the two color category, I immediately thought of “Black and Yellow” by Pittsburgh hip-hop artist Wiz Khalifa. I’m not sure why but I went with it. As a native Philadelphian I’m supposed to hate all things Pittsburgh but I like how they have a color code that their sports teams follow. I don’t think any other major city has that.

This map is similar in style and technique to Day 4’s green map of Greenville. One could argue that this is really a one color map, go ahead if you want. 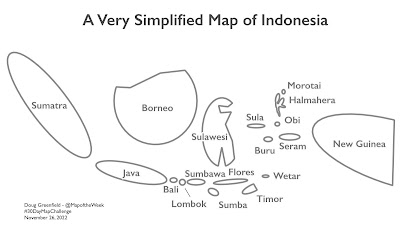 Like day 25, I just went with my first thought. I don’t know Indonesia very well and as the world’s fourth largest country by population, a little knowledge can’t hurt. I decided to go with simple shapes as much as I could while also trying to represent that several islands are split among other nations, where the shapes needed cutting. 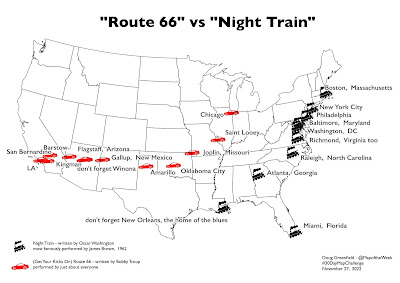 This should be pretty self-explanatory if you know the songs. The place names are written as they are sung so that is why some have state names and other don’t. 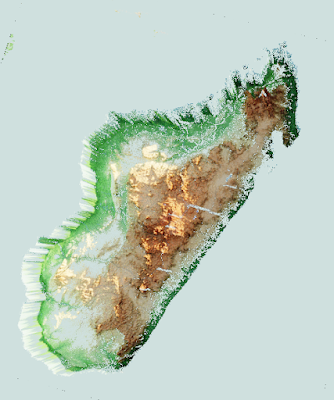 3D mapping is out of my comfort zone so while I did post separate maps for each day they were both done using the same data set. I used Blender, a wonderful, but also difficult software package and grabbed a digital elevation model of Madagascar. As shown in the above image the island appears to be sinking into the Indian Ocean. This is due to a combination of a model that needs more work and my own Blender knowledge limitations. I think a bit of 30 day map challenge fatigue was also beginning to take its toll on these maps.

For Day 29 I posted this animation of me flailing about in Blender, trying to figure out which side of the model looks better.

I found a way to carve out a piece of island (the northwestern Boeny region) that looks sort of not bad. 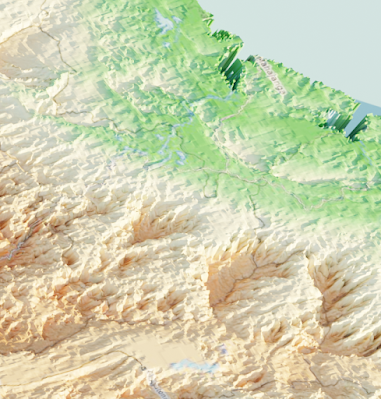 Credits to Klas Karlsson and Daniel Huffman for their very helpful tutorials on Blender. 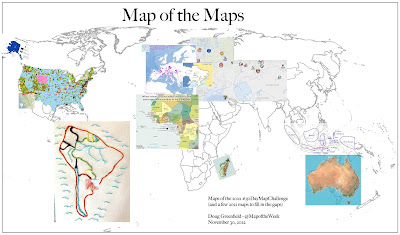 Similar to Day 20’s “Map of my Favorite Maps”, here is a map of the maps. They’re not all shown as some areas are too small and some have overlapping geographies. I used a few 2021 maps to fill in some empty spaces.

It’s been another mostly fun but also exhausting ride. I need to focus now on everything else I’ve been ignoring in my life and get some sleep. Be back (maybe) next year.